COLUMBIA, Mo. (AP) — The Missouri House on Thursday refused to accept a lawmaker’s resignation so the Ethics Committee can fully investigate allegations that he physically and sexually abused his children years ago.

The GOP-led House voted 153-0 to prevent Republican Rep. Rick Roeber, of Lee’s Summit, from resigning Friday as he had planned.

“This is a very serious allegation,” House Ethics Committee Vice Chairman Richard Brown said. “It’s not right to accept this resignation and allow this member to escape without us giving full recognition to what has taken place.”

Roeber did not immediately respond to an Associated Press request for comment Thursday.

The Ethics Committee is expected to complete its investigation and issue a final report next week. It can recommend punishments for unethical behavior, including expulsion from the House.

After Roeber’s election in November 2020, his adult children wrote a letter begging House Speaker Rob Vescovo to prevent him from serving.

“To think that this man would have a say over laws that impact thousands of children is just too much,” according to the letter signed by three of his children.

Vescovo and Ethics Committee leader last week raised concerns with the Jackson County prosecutor that Roeber has weekend visitations with a child. Prosecutor Jean Peters Baker in response said she would contact the Lee’s Summit chief of police to “devise a plan.”

A spokesman for Baker has declined to comment further.

Roeber resigned Tuesday without citing any of the allegations against him, saying he plans to move out of state to be closer to family. 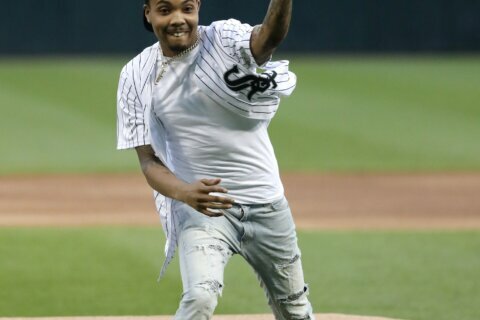