CHICAGO (AP) — The man who was allegedly with a 13-year-old shortly before the child was shot to death by…
Listen now to WTOP News WTOP.com | Alexa | Google Home | WTOP App | 103.5 FM

CHICAGO (AP) — The man who was allegedly with a 13-year-old shortly before the child was shot to death by a Chicago police officer has been bailed out of jail, the Cook County Sheriff’s Department revealed Monday.

Ruben Roman, 21, was placed on electronic monitoring Saturday after posting a $15,000 bond in the case involving Adam Toledo. A $25,000 bond was also posted for Roman for a 2019 gun case.

Surveillance video released last week by the Civilian Office of Police Accountability, which investigates Chicago police shootings at a passing vehicle the morning of March 29, while Adam Toledo stood near to him.

Adam was shot to death after being chased by an officer who responded to shots fired. Police body-camera footage shows Officer Eric Stillman shoot Adam less than a second after the boy dropped a gun, turned toward the officer and began raising his hands. Stillman chased the boy down a dark alley after responding to a report of gunshots. The shooting of Adam has sparked protests around the country.

Roman was arrested at the scene on misdemeanor charges of resisting or obstructing a peace officer but he was later charged with felony counts of child endangerment, aggravated unlawful use of a weapon and reckless discharge of a firearm after investigators determined that he fired the gun several times before police arrived.

A judge ordered Roman held on $150,000 bond for the charges connected to the Toledo case and $250,000 for a probation violation.

Kesia Reynolds, an official of the organization, told the Chicago Tribune the organization reviewed Roman’s case as fitting the organization’s mission to pay bail for people who can’t and to end police violence. A judge ordered Roman held on $150,000 bond for the charges connected to the Toledo case and $250,000 for a probation violation

“We are aware that the city will continue to use him as a scapegoat for the (killing) of Adam Toledo, which was committed by the Chicago Police Department,” she said.

Largely peaceful demonstrations have been held each day since the video of Toledo’s shooting was released Thursday. Attendees have criticized the Chicago Police Department for a long history of misconduct, particularly in Black and Latino neighborhoods, and called for justice for Adam, who was Latino. Stillman is white. 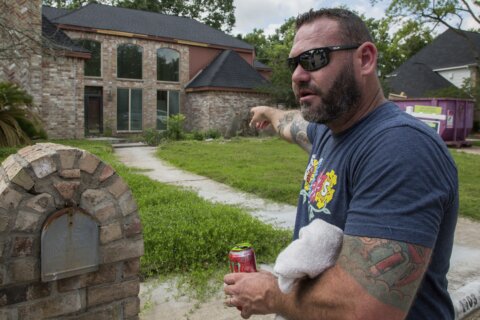