It’s Biden’s speech, but Harris and Pelosi also made history

In an era of political "firsts," Wednesday evening is set to offer one of the most symbolic when for the first time, two women will flank an American president on the dais of the House Chamber as he delivers an address to a joint session of Congress.
Listen now to WTOP News WTOP.com | Alexa | Google Home | WTOP App | 103.5 FM

In an era of political “firsts,” Wednesday evening offered one of the most symbolic when, for the first time, two women flanked an American president on the dais of the House Chamber as he delivered an address to a joint session of Congress.

President Biden’s remarks focused on his first 100 days in office, the sweeping infrastructure proposals he’s unveiled and the January 6 attacks at the U.S. Capitol. But it’s the moment that formally launches the proceedings that may be most enduring.

According to protocol, Vice President Kamala Harris called the proceedings to order and House Speaker Nancy Pelosi formally introduced Mr. Biden to Congress as president for the first time. It’s a moment that lasts a few seconds and usually isn’t seen by the global television audience. But it was the pinnacle of a remarkable rise for two political figures from California’s Bay Area.

“No president has ever said those words from this podium, and it’s about time,” Mr. Biden said. 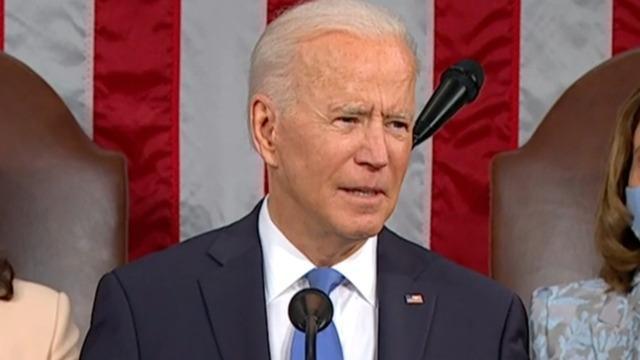 Both are formed by the political experiences of their parents — one the daughter of a big city mayor, the other the daughter of civil rights activists. Both are tested by years of resistance from partisan structures that historically threw up roadblocks to slow the rise of a former housewife and a young ambitious attorney.

“It says a lot about country, and a lot about Joe Biden, and it says certainly a lot about both of the women who have made it to that place,” said former California Senator Barbara Boxer, who once served alongside Pelosi in the House and whose Senate seat Harris filled when she retired. “It’s going to be very emotional for me.”

Aides to Harris consider Wednesday night another marker in an already historic period in the history of the vice presidency and women in politics, but stress that the substance of her work is more important.

Any time there’s a big decision to make at the White House “President Biden promised that the vice president would be last in the room,” said Harris’ communications director Ashley Etienne. “What hasn’t been covered is that she has been at every table and had a voice in every decision made. And she’s been there for every decision of consequence.”

Pelosi, 81, and Harris, 56, represent different paths to power in America.

The speaker is the daughter of former U.S. representative and Baltimore mayor Thomas D’Alesandro Jr. and grew up in a politically active family, but after college, she married Paul Pelosi and moved to New York and then to San Francisco and spent much of her late 20s and early 30s raising five children. Only after they were nearly grown did she become a Democratic National Committee member and chair of the California Democratic Party, and she first ran for Congress in 1987 at the age of 47.

When Pelosi came to Washington, she was just one of 25 women in the House — and the women who made it there were an “oddity” to their male colleagues, Boxer recalled.

“Women were unusual. And there was a lot of prejudice surrounding us at every turn. What she has done is so extraordinary,” Boxer said. “Not only did she get elected…but to win over your colleagues’ trust, it’s so hard to do, because everybody has their agendas, and everybody thinks they should be president.” 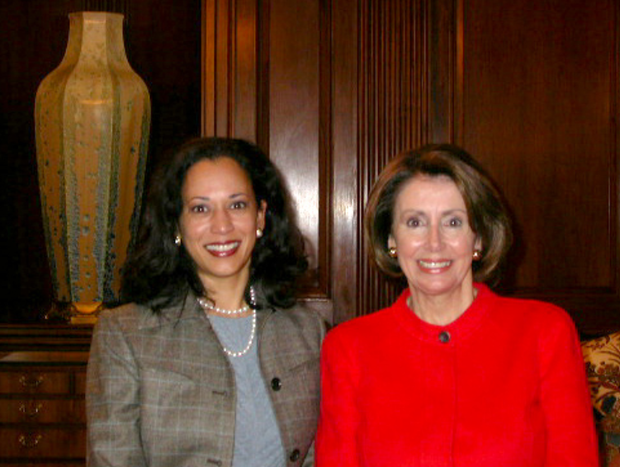 Pelosi blasted through the ranks and broke several barriers, becoming the first woman to hold the title of minority whip, minority leader, and finally, speaker of the House in 2006.

“The sky’s the limit for women now in the House, because she’s at the sky,” Boxer said.

The speaker has proven to be a skilled legislator with an iron grip on the Democratic caucus and a reputation as an expert vote-counter. That prowess helped her round up votes for the 2008 bank bailout that stabilized the economy, shepherd the Affordable Care Act into law in 2010 and then beat back challenges to her speakership when Democrats regained the majority in 2018. Boxer also credited her with passing several COVID relief packages.

During the era of former President Trump, she proved to be one of the few politicians who could get under his skin during various negotiations — including around the government shutdown when she cancelled his planned State of the Union address until the government had reopened. Until Wednesday evening, the most enduring image of Pelosi on the dais for State of the Union was likely the one from last year, when she ripped up her copy of the former president’s 2020 address to Congress.

Born and raised in Oakland, California, the vice president is the daughter of Donald Harris and Shyamala Gopalan, academics who met through the civil rights movement. Their activism became a driving factor for Harris’ decision to work in the criminal justice system.

“Growing up the way I did knew how law enforcement had a long history of enforcing laws indiscriminately, and often based on race, and racism, that’s why I chose to become a prosecutor,” she said last June.

As a Howard University student, she interned in the office of the late Senator Alan Cranston, whose seat she later won. After law school, she worked as a deputy district attorney in Alameda County, California, and later in San Francisco, winning a bitterly contested district attorney election in 2004. Those close to her then recall that her foray into politics wasn’t welcomed by all.

Tim Silard, who served as her policy chief in the DA’s office, recalled that just 6% of San Francisco residents were Black when she took office, but more than half of those incarcerated by the city were Black and only 40% of African American homicides were ever solved.

“Kamala’s very existence, the first woman and the first person of color to be DA, her background and life experience, her demand for change and excellence from the system, all of that was a threat to the old guard,” Silard said. “There was tremendous hostility from law enforcement to everything that she was doing and even from within the office – older white guys had been running that office and had been in positions of power and privilege for decades. They didn’t want change and they certainly didn’t want a young, dynamic, woman of color who insisted on new ways to be in charge.”

It’s a resistance she’s often faced. She was elected California attorney general in 2010, but only after securing critical support from Pelosi in a three-way primary that once again raised doubts about her qualifications. Her 2016 election to the U.S. Senate was one of the few bright spots for Democrats that year, and instantly sparked presidential speculation.

During her opening weeks as vice president, critics and supporters alike have openly questioned the extent of her role. But recent public activity suggests a hefty portfolio is taking shape in addition to her constant interaction and appearances alongside the president.

This week she held meetings with Guatemalan leaders to discuss the root causes of the record-setting influx of migrants to the U.S.-Mexico border. Her office is working on details of a highly-anticipated trip to Mexico and Guatemala in June that is expected to be her first international trip in the role.

On Friday, she visited New Hampshire — her first stop in the Granite State since September 2019, and a visit that might usually invite speculation about her own political future. But it was one of dozens of public stops she’s made to promote the Biden administration’s response to the COVID-19 pandemic and to tout legislative priorities and achievements.

Several of them are rooted in work she once did as a senator. During a recent visit to her hometown of Oakland, California, she mentioned the proposed $110 billion to pay for water infrastructure projects nationwide, part of a goal to replace all lead pipes and water service lines across the country. The proposal mirrors elements of two bills she proposed in 2019 and last year shortly before joining Mr. Biden’s ticket.

In Greensboro, North Carolina, she noted how the American Jobs Plan includes funding for electric school buses, a plan she first introduced in June 2019, and a proposal to ensure that the health and environmental effects of new federal programs consider their potential impacts on low-income or minority communities — a concept adopted from a bill she first introduced in August 2020. Her New Hampshire visit highlighted how proposed legislation would boost funding for broadband internet in rural areas, part of a legislative push she also made last year before joining the Biden ticket.

Pelosi and Harris have seen their fortunes bolstered by California, the first state to elect two women to the Senate at the same time — Boxer and Senator Dianne Feinstein, who were both elected in 1992. Boxer recalled people telling her it was impossible that two Jewish women from the Bay Area could succeed at the same time.

“What it says about California, is that California has always been wide open to breaking new ground,” she said.

Both women know their place in history tonight — and speak often about how they know they won’t be the last.

When she was elected speaker for the first time in 2007, Pelosi told her colleagues: “For our daughters and granddaughters, today we have broken the marble ceiling … Now the sky is the limit. Anything is possible.”

Harris often refers to something her mother often told her: “You may be the first to do many things; make sure you’re not the last.” 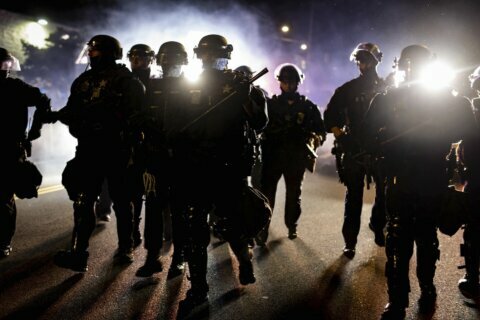