CHANNELVIEW, Texas (AP) — Firefighters have extinguished a blaze at a suburban Houston chemical warehouse that emitted a dense column of black smoke visible for miles.

The Harris County Fire Marshal’s Office said in a tweet that the 4 p.m. Wednesday fire was at a Channelview warehouse owned by K-Solv, a chemical distribution company. The fire started as a chemical product was being transferred from one container into another, said Mikie Sopczak, K-Solv’s director of environmental health, safety, and security.

County officials say the fire involved such toxic chemicals as toluene, xylene, triethanolamine and monoethanolaminealcohol, but air monitors detected no unsafe air pollution levels. Company officials said all runoff was contained, and no waterways were contaminated.

No workers were injured in the fire, which was declared extinguished about 7 p.m. Wednesday, officials said.

The Harris County Sheriff’s Office had closed at least four streets near the facility near the Houston Ship Channel, and residents of nearby neighborhoods were advised to shelter in place as a precaution while firefighters attacked the blaze. The advisory later was lifted. 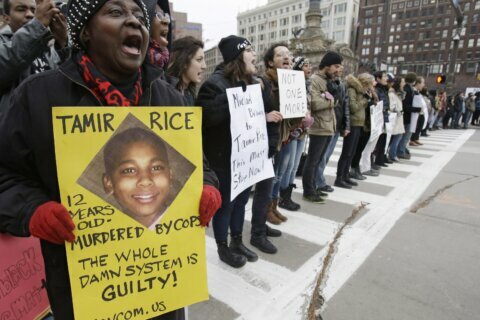 ‘In the Heights’ to open Tribeca Film Festival in June

Families hope loved ones can be found alive in capsized boat