EXPLAINER: How Floyd’s ‘spark of life’ played out at trial

Prosecutors trying a white former Minneapolis police officer in George Floyd’s death put Floyd’s girlfriend on the witness stand Thursday in an effort to humanize him for the jury, but her testimony also gave the defense an opportunity to delve into Floyd’s drug use.

Prosecutors used a legal doctrine called “spark of life” to call Courteney Ross to testify about Floyd’s life, and are expected to call a Floyd family member to the witness stand later. They are trying to portray Floyd’s complicated life, from his childhood in Houston’s Third Ward, where he came to be seen as a mentor, to his struggle with drug addiction in Minneapolis.

But the “spark of life” doctrine, which is rare outside Minnesota, is controversial among defense attorneys and could complicate the trial. Here’s how legal experts see that playing out:

WHAT IS THE “SPARK OF LIFE” DOCTRINE?

The doctrine emerged in 1985 when a defendant accused of killing a police officer argued to the Minnesota Supreme Court that the prosecutor prejudiced the jury with a speech about the officer’s childhood, his parents and his marriage. The prosecutor became so emotional the trial court had to take a recess.

The court ruled that prosecutors can present evidence that a murder victim was “not just bones and sinews covered with flesh, but was imbued with the spark of life. The prosecution has some leeway to show that spark and present the victim as a human being as long as it is not an attempt to invoke any undue sympathy or inflame the jury’s passions.”

WHAT DID THE JURY LEARN?

Ross told jurors that she and Floyd were both drug addicts stemming from their struggles with chronic pain. She said they “tried really hard to break that addiction many times.”

“We’re learning that Floyd is not a perfect person, as none of us are,” said David Schultz, a law professor at the University of Minnesota.

After watching the first days of testimony, Schultz said it was clear prosecutors were “pulling at the emotional strings of the jury” to make a case for convicting Derek Chauvin of the most severe charges.

Chauvin, 45, is charged with murder and manslaughter. Prosecutors say he knelt on Floyd’s neck for 9 minutes, 29 seconds, pinning the handcuffed man to the ground. The most serious charge — second-degree murder — against the former officer carries up to 40 years in prison.

“What the spark of life is bringing in, is painting a picture of perhaps Chauvin was indifferent to the problems to the health and the life and safety of George Floyd,” Schultz said.

When Chauvin’s defense attorney Eric Nelson cross-examined Ross, he questioned her on Floyd’s drug use, driving hard for her to talk about how Floyd was hospitalized in March 2020 and how she had speculated that it was because he had used heroin. Ross drove Floyd to the emergency room because he was suffering from extreme stomach pain, and she later learned he had overdosed.

“It was the defense’s best day in terms of testimony,” said F. Clayton Tyler, a prominent local defense attorney. “The fact that he overdosed, I thought that was huge.”

Legal experts expect Floyd’s cause of death to be key at trial. The defense has argued Floyd’s death was caused by his drug use, underlying health conditions and the adrenaline flowing through his body. An autopsy found fentanyl and methamphetamine in his system.

Attorneys for both sides will bring expert witnesses to provide competing testimony about what killed Floyd. Jurors will have to decide.

“It’s an excellent tactic for the state to try to get jurors to feel sorry for a person because he’s an addict, but in this case, being an addict means he’s violating the law,” said Joe Friedberg, a defense attorney.

Some legal experts have said if prosecutors go too far to invoke undue sympathy, Chauvin’s defense could have grounds for an appeal. But Friedberg doubted that would happen, saying Hennepin County Judge Peter Cahill would halt testimony if it goes too far.

Tyler also reasoned that the defense was bound to highlight Floyd’s drug addiction at some point anyway, so by using “spark of life” prosecutors can address it head-on while showing “who he was as an individual.” 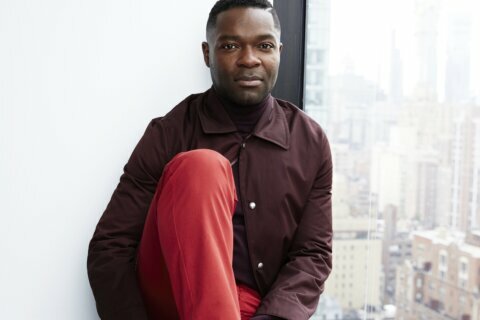