NEW YORK (AP) — Twenty-time Grammy winner Al Schmitt, whose extraordinary career as a recording engineer and producer included albums by Bob Dylan, Ray Charles, Frank Sinatra and many other of the top performers of the past 60 years, has died at age 91.

Schmitt’s family announced on Facebook that he died Monday, without identifying a specific cause. Schmitt lived in the Los Angeles area. A relative, who did not want to be identified, confirmed Schmitt’s death to The Associated Press.

“The world has lost a much loved and respected extraordinary individual, who led an extraordinary life,” the Facebook posting reads in part. “The most honored and awarded recording producer/engineer of all time, his parting words at any speaking engagement were, ‘Please be kind to all living things.’”

He won his first Grammy in 1963, then collected 19 more competitive awards and the honorary Recording Academy Trustees Award, in 2006. Schmitt worked on more than 150 gold records, in a wide range of styles. He engineered Henry Mancini’s “Moon River” and Sam Cooke’s “Another Saturday Night,” Steely Dan’s “Aja” and Madonna’s “This Used to be My Playground.” He engineered Natalie Cole’s blockbuster “Unforgettable” album and Barbra Streisand’s “The Way We Were.” He produced “Volunteers” and several other Jefferson Airplane albums, helped produce Neil Young’s “On the Beach” and more recently Dylan’s “Shadows in the Night” and Paul McCartney’s “Kisses on the Bottom.”

Brian Wilson, whose album of Gershwin songs was remixed by Schmitt, was among those Wednesday offering tributes, tweeting “Al was an industry giant and a great engineer who worked with some of the greatest artists ever, and I’m honored to have worked with him on my Gershwin album.” Michael Bublé, Journey’s Steve Perry and Michael Bolton also praised him.

“At that point, Ray was having a major drug problem,” he told Billboard in 2018. “So every time (there was) a 10-minute break, they would take him off into the bathroom, and God knows what happened, what went on. It was sad to see that, but when he opened his mouth and sang, and (with) Betty, I mean, I got goosebumps. It was just unbelievable.”

Born in Brooklyn, he was the nephew of recording engineer Harry Smith and as a boy would take the subway into Manhattan and head for his uncle’s studio, where anyone from Sinatra to Art Tatum might be in session. After serving in the Navy, he found work through his uncle at Apex Studios, where one of his first assignments was recording Duke Ellington. He would also soon befriend Tom Dowd, who as an engineer for Atlantic Records later worked on classic songs by Aretha Franklin, Eric Clapton and many others.

“Al was an obvious music enthusiast,” Dowd told Billboard in 2002. “He liked a lot of records and a lot of artists — not just popular artists but the ‘bubbling under’ artists too-and was sensitive to music, whether it was jazz or gospel or blues or pop.

“He had quick hands and quick ears. They ran through the song once, maybe twice, and he had it down in his mind and in his hands and was able to fly with it right away. His endeavor, at the outset, was to capture what the artists and musicians were doing. He has an unlimited horizon.”

He moved to Los Angeles in the late 1950s and became a staff engineer for RCA Records. Schmitt received his first Grammy for engineering Mancini’s “Hatari” and was still winning them in his 80s, including one for McCartney’s “Kisses On the Bottom” and another for a concert version of McCartney’s record, “Live Kisses.”

His memoir “Al Schmitt On the Record,” published in 2018, included tributes from Dylan, Young (“Al is the master,” he wrote, “I love it when he gets pissed off”), Streisand and the Airplane’s Jorma Kaukonen, who remembered Schmitt’s skill and patience with “this bunch of musical anarchists.”

Schmitt had his own stories to tell. He became close to Cooke and dined with him just hours before the singer was shot and killed in 1964 at a Los Angeles motel. He remembered Natalie Cole crying in the studio while making “Unforgettable” as she worked on “duets” with her father, the late Nat “King Cole,” whose vocals were joined to hers thanks in part to the studio tricks of Schmitt.

He learned to work with, and work around, the musicians, whether the Airplane’s indulgence of drugs and sonic effects or Sinatra’s request that he sing in front of the studio band and not in the recording booth, despite such enticements as cigarettes and a bottle of Jack Daniels. He got to work with the singer through his friendship with “Duets” producer Phil Ramone.

“I did an interview with a magazine where they asked me if I had any regrets in my career,” he wrote in his memoir. “I answered that I had one regret: that I hadn’t worked with Frank Sinatra. Three weeks later, I got the call from Phil Ramone.

“That happened with Paul McCartney, too; somebody asked me who I hadn’t worked with that I’d like to, I said, ‘Paul,’ and shortly after that it happened — I did a record with Paul! Bob Dylan, too; I’ve pretty much gotten my bucket list done now.” 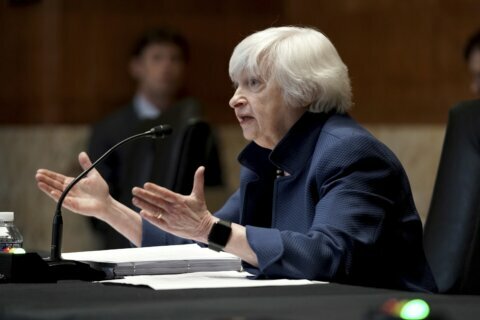