President Biden is slated to deliver remarks Monday on the implementation of his $1.9 trillion COVID-19 relief package as he, Vice President Kamala Harris and their spouses prepare to depart on a nationwide tour to promote the plan to the American people.
Listen now to WTOP News WTOP.com | Alexa | Google Home | WTOP App | 103.5 FM

Washington — President Biden repeated his message that “help is here” on Monday, speaking briefly on the implementation of his $1.9 trillion COVID-19 relief package as he, Vice President Kamala Harris and their spouses kick off a nationwide tour to promote the plan to the American people.

By the time all the money is distributed, 85% of American households will have received at least a $1,400 check, the president said. The Biden administration claims the legislation will cut childhood poverty in half. The president signed the sweeping stimulus measure, known as the American Rescue Plan, into law Thursday following a vote by Congress that won no Republican support. Mr. Biden and Harris have sought to reassure the American people that the plan will provide them with much-needed aid to navigate the ongoing coronavirus pandemic, reminding them again that “help is here.”

Mr. Biden formally announced that Gene Sperling, twice a former director of the National Economic Council, will oversee the implementation of the legislation. The president emphasized the need for oversight and scrutiny, as hundreds of billions of dollars are dispersed across the nation.

“As I said last week, it’s one thing to pass an historic piece of legislation like the American Rescue Plan, and it’s another thing to implement it,” he said. 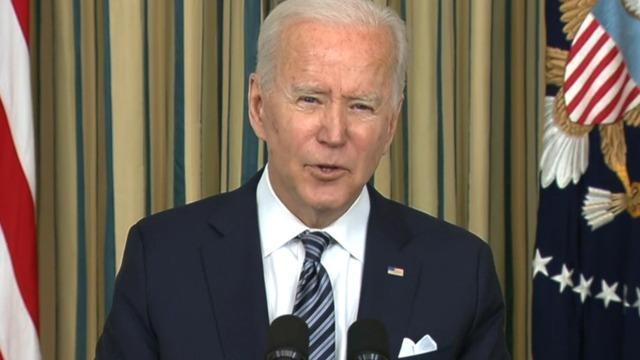 With its $1.9 trillion price tag, the landmark law aims to boost the U.S. economy, which has been hobbled by the coronavirus crisis. The package provides $1,400 in direct payments to Americans making up to $75,000, with the money going out to bank accounts through direct deposit beginning this weekend, and a child tax credit of up to $3,600. The relief measure also includes $350 billion in aid to state and local governments, $14 billion for vaccine distribution and $130 billion to assist schools with reopening.

“Help is here and hope is here in real and tangible ways,” the president said.

Republicans, none of whom voted for the package, have criticized it as not relating directly enough to COVID-19 support. They also point out the enormous package will add to the deficit and debt.

Dubbed the “Help is Here” tour, the White House’s efforts to sell the relief package kicked off Monday, with Harris and second gentleman Doug Emhoff traveling to Las Vegas to visit a vaccination clinic and a culinary school. First lady Dr. Jill Biden headed to New Jersey to tour an elementary school and deliver remarks.

“Today with the American Rescue Plan, help is here,” she said. “We’re going to open up schools and we’re going to do it safely.”

Mr. Biden, meanwhile, will be visiting Delaware County, Pennsylvania, for his first stop on the tour Tuesday, and he and Harris will be in Georgia on Friday to speak to Americans about how the package will help them. 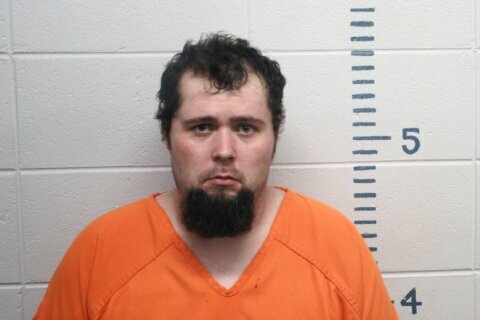