US resumes aid to Yemen’s rebel north as famine threatens

The United States announced a resumption of aid to Yemen’s rebel-held north on Friday to fight a looming famine as the country’s nearly six-year-old war grinds on. U.N. officials warned that a blockade of fuel deliveries to a main port was heightening the world’s worst humanitarian crisis.

The aid concern came as President Joe Biden’s envoy to Yemen expressed frustration at the country’s Houthi rebels, saying they were focusing on fighting to capture more territory while an international and regional diplomatic push was underway to end the conflict.

“Tragically, and somewhat confusingly for me, it appears that the Houthis are prioritizing a military campaign” to seize central Marib province, envoy Tim Lenderking said. He spoke in an online event sponsored by the Atlantic Council think tank, after his more than two-week trip in the region to push for a cease-fire and ultimately a peace deal.

The developments deepen the challenges for the Biden administration as it goes out on a limb to try to end the Yemen war through diplomacy, reversing previous U.S. administrations’ support for an inconclusive Saudi-led military offensive that tried to roll back the Iran-allied Houthi rebels. The rebels have shown no sign of relenting despite Biden’s diplomatic overtures, adding to tensions between the U.S. and its strategic partner Saudi Arabia.

Lenderking said the Houthis have had a cease-fire proposal before them for a “number of days” and urged them to respond positively.

He gave no details, including whether the proposal was new or an updated version of a nationwide cease-fire plan that U.N. special envoy Martin Griffiths announced last year.

Fighting and massive displacement of people, crippling fuel shortages and rising food prices have 50,000 Yemenis already caught up in famine and 5 million more a step away from it, the United Nations says. It projects 400,000 Yemeni children under 5 are at risk of dying this year from malnutrition.

The war began when the Houthi rebels seized the capital, Sanaa, and much of the north in 2014. Saudi Arabia has led an unsuccessful air campaign since 2015 to try to dislodge the rebels, while rival Iran has consolidated its support for the Houthis.

Friday’s announcement on renewed U.S. humanitarian support for the north comes about a year after the Trump administration stopped some aid on the grounds that Houthis were diverting the foreign assistance for themselves. The Trump administration move affected about $50 million in aid, out of more than $1.5 billion in humanitarian assistance the U.S. has provided Yemen since 2019, the U.S. Agency for International Development said.

The Biden administration as of Friday will “cautiously resume” support to humanitarian groups working in Yemen’s north, said Sarah Charles, a senior official for humanitarian assistance at the U.S. AID.

The resumed U.S. humanitarian support would come with new measures and monitoring to try to make sure the Houthis aren’t interfering with the aid, Charles said, speaking at the same virtual forum as Lenderking. The U.S. could suspend support for some programs again if warranted, she said.

The Biden administration last month also lifted the Trump administration’s designation of the Houthis as a terrorist organization, saying the prohibitions that went along with the designation interfered with critical aid delivery to civilians in rebel areas.

Critics said the move sent the wrong signal, especially at a time when the Houthis have stepped up cross-border drone and missile attacks into Saudi Arabia and are fighting to seize control of oil-rich Marib province from Yemen’s internationally recognized government. Saudi-led warplanes have countered the Houthi advance in Marib, which is sheltering about a million Yemenis who have fled Houthi offensives elsewhere in the country.

Lenderking and U.N. World Food Program executive director David Beasley, speaking separately to reporters about his own talks with the Houthis, U.S. officials and other players in the conflict also pointed to interruptions in fuel deliveries to Yemen. They warned that the disruption is depriving aid convoys, homes, hospitals and businesses of needed fuel.

Beasley earlier described a visit this week to a child-malnutrition ward in a Sanaa hospital, where he saw children wasting away. Many, he said, were on the brink of death from entirely preventable and treatable causes, and they were the lucky ones who were receiving medical care.

The Houthis have demanded Saudis lift a port blockade of rebel areas and cease their military campaign in the country.

At U.N. headquarters in New York on Friday, U.N. spokesman Stephane Dujarric told reporters that no commercial fuel imports at all made it through the rebel-held main Hodeida port last month, for the first time since the Saudi-led offensive began.

The fuel shortage was driving up prices of food and other critical goods, Dujarric said. Beasley, the World Food Program chief, said the fuel shortages threatened to undermine what remains of Yemen’s private sector and swell the numbers of Yemenis needing aid.

“I expressed to not just the United States but other major players around the world that this fuel blockade is going to create havoc and we need to work through this immediately,” Beasley said.

Knickmeyer reported from Oklahoma City and Lederer from the United Nations. 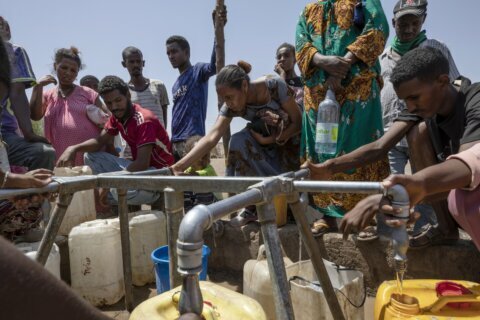 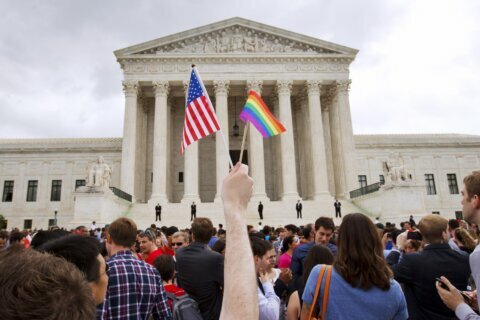