US housing construction tumbled 10.3% in February

WASHINGTON (AP) — Severe winter weather in much of the country pushed home construction down a sharp 10.3% in February while applications for new construction fell by 10.8%.

The decline pushed home and apartment construction down to a seasonally adjusted annual rate of 1,42 million units last month, compared to a rate of 1.58 million units in January when housing starts had fallen 5.1 percent, the Commerce Department reported Wednesday.

Even with the two months of declines, economists are optimistic that housing will bounce back in coming months, helped by ultra-low mortgage rates and rising demand by American who have been cooped up for the past year as the coronavirus pandemic rages.

However, even with the expected rebound, the growth in housing will likely slow from last year’s sizzling pace given a series of restraints from a lack of building lots to surging lumber prices.

Oxford Economics reports that random length lumber prices have more than tripled since last April. The National Association of Home Builders said the lumber price surge is adding $24,000 to the average price of a newly built home.

That may be playing out in the plans this year for homebuilders.

On Wednesday, the U.S. reported the first drop in applications for new building permits, considered a good indication of future activity, since October, and left applications at a seasonally adjusted annual rate of 1.68 million units

The severe weather last month included a prolonged period when millions of Texans were without electricity because freezing temperatures over-burdened the Texas power grid.

Despite deadly weather patterns and sky high lumber prices, it’s highly likely that housing construction will remain one of the stand-out performers for the economy again this year.

“We expect the pace of housing starts to moderate in 2021 as homebuilders confront constraints including high lumber prices and shortages of lots and labor. However, we think the February data overstates any actual weakness in the housing market,” Nancy Vanden Houten, lead economist for Oxford Economics, said in a research note.

Rubeela Farooqi, chief U.S. economist for High Frequency Economics, said there were many positive forces that will carry last year’s momentum into 2021.

“Mortgage rates are historically low and combined with record low inventories are likely to support building activity, especially in the single-family sector,” she said.

Housing construction rose 6.9% last year to 1.38 million units, the strongest showing since the housing boom of 2006.

Construction starts for single-family homes dropped 8.5% in February to a seasonally adjusted annual rate of 1.04 million units while the smaller apartment sector fell 14.5% to an annual rate of 372,000 units.

Construction activity fell in every part of the country except the West which saw a 17.6% increase. Construction starts fell 39.5% in the Northeast and were down 34.9% in the Midwest and 9.7% in the South. 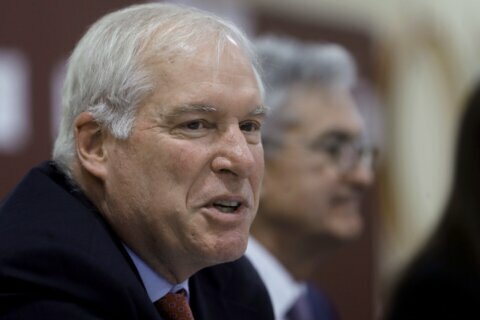