US charges Swiss ‘hacktivist’ for data theft and leaks

The Justice Department has charged a Swiss hacker with computer intrusion and identity theft, just over a week after the hacker took credit for helping to break into the online systems of a U.S. security-camera startup.
Listen now to WTOP News WTOP.com | Alexa | Google Home | WTOP App | 103.5 FM

The Justice Department has charged a Swiss hacker with computer intrusion and identity theft, just over a week after the hacker embarrassed a U.S. security-camera startup and its clients by showing how easy it was to spy on the cameras watching over hospitals, schools and corporate offices.

An indictment against 21-year-old Tillie Kottmann was brought Thursday by a grand jury in the Seattle-based Western District of Washington.

Federal prosecutors said Thursday that Kottmann, of Lucerne, Switzerland, was initially charged in September. The range of allegations date back to 2019 and involve the alleged theft of credentials and data and publishing source code and proprietary information from more than 100 entities, including companies and government agencies.

Kottmann has described the most recent leak of camera footage taken from customers of California security-camera provider Verkada as part of a “hacktivist” cause of exposing the dangers of mass surveillance. Kottmann told The Associated Press in an online chat last week that they found the credentials needed to enter the site exposed on the open internet.

In conversations with other reporters last year, Kottmann, who uses they/them pronouns, said data they obtained and posted online had been exposed by poor security practices and they sought to shame organizations into buttoning up their networks.

“These actions can increase vulnerabilities for everyone from large corporations to individual consumers,” Gorman wrote. “Wrapping oneself in an allegedly altruistic motive does not remove the criminal stench from such intrusion, theft, and fraud.”

Bosonnet at one time represented Edward Snowden, the former National Security Agency contractor who was charged in 2013 with disclosing details of highly classified government surveillance programs. Snowden had considered seeking asylum in Switzerland.

It’s not clear if U.S. prosecutors will to try to extradite Kottmann, who remains in Lucerne and was notified of the pending charges. Swiss law limits certain forms of extradition, especially when the charges could be prosecuted in local courts. The public prosecutor’s office in Lucerne declined comment Friday, deferring to U.S. authorities.

Kottmann expressed confidence in the online chat with the AP last week that the U.S. “cannot extradite me even though they know exactly who I am.”

Thursday’s indictment ties a number of hacks to Kottmann over the past year, including one targeting an unnamed security device manufacturer based in the Seattle region and another affecting a maker of tactical equipment.

Kottmann told the AP last week they belonged to a group nicknamed APT-69420 Arson Cats, a small collective of “primarily queer hackers, not backed by any nations or capital but instead backed by the desire for fun, being gay and a better world.”

The indictment does not accuse Kottmann of trying to extract money from hacking victims — a typical motive for many cyber crimes. But prosecutors do attempt to tie Kottmann’s efforts at self-promotion, including the design and sale of clothing related to hacking and “anti-intellectual-property ideology,” into part of a broader conspiracy to commit computer fraud.

AP writers Jamey Keaten in Geneva and Frank Bajak in Boston contributed to this report. 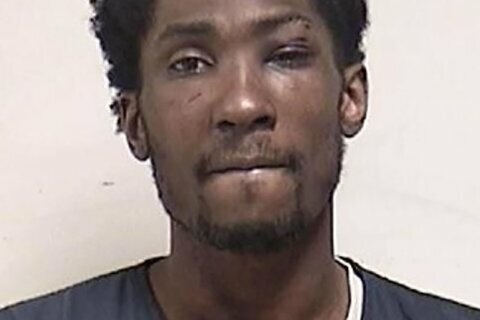