ASHLAND CITY, Tenn. (AP) — Flash flooding in Tennessee has claimed a fifth victim after authorities said a man drove his car around barricades and apparently drowned.

Four others died in Nashville and dozens more had to be rescued after the city received more than seven inches of rain, the second-highest two-day rainfall total ever recorded, Mayor John Cooper said at a news conference Sunday.

The deluge flooded homes and left roads impassible. Some were still closed on Monday as the waters began to recede.

The Harpeth River crested 15 feet (about 4.6 meters) above flood stage Sunday night at Kingston Springs and was expected to fall below flood stage by Monday night.

But the National Weather Service warned that up to two inches of rain could fall in parts of Tennessee on Tuesday night and Wednesday. 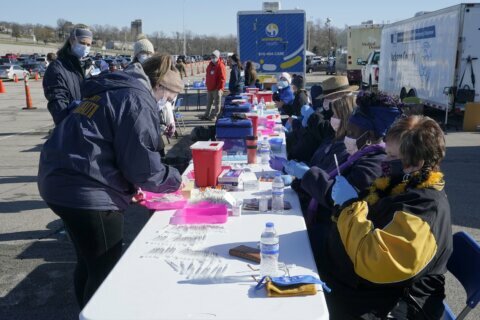