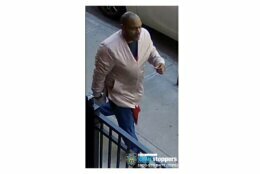 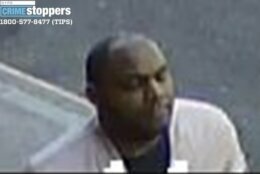 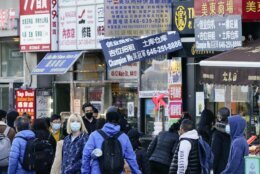 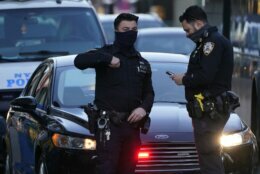 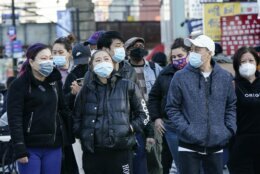 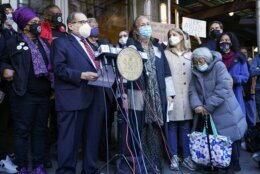 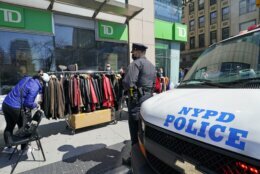 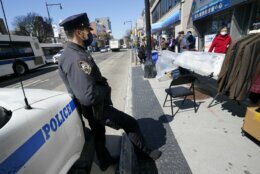 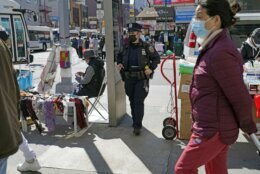 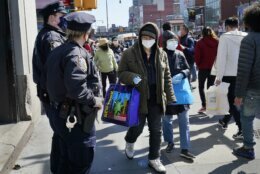 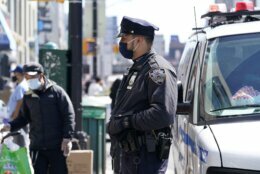 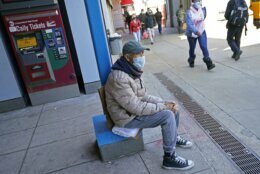 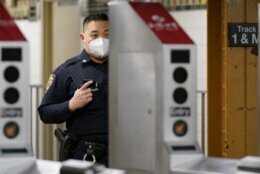 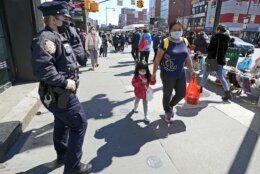 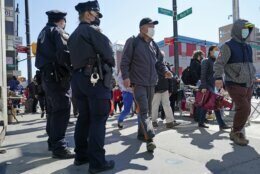 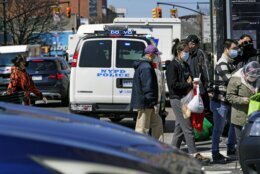 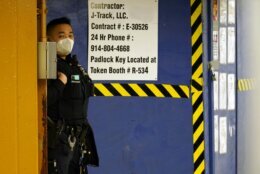 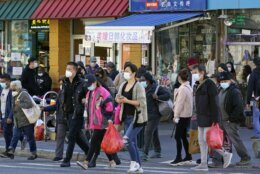 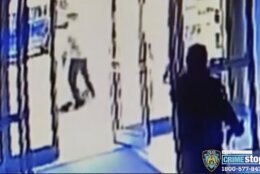 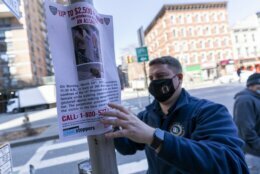 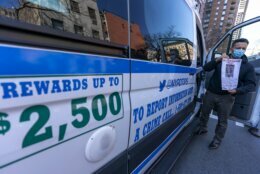 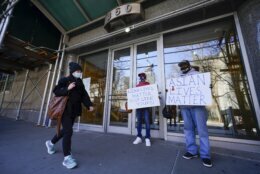 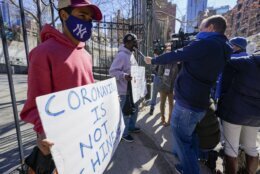 NEW YORK (AP) — A vicious attack on an Asian American woman as she walked to church near New York City’s Times Square is drawing widespread condemnation and raising alarms about the failure of bystanders to intervene amid a rash of anti-Asian violence across the U.S.

A lone assailant was seen on surveillance video late Monday morning, kicking the 65-year-old woman in the stomach, knocking her to the ground and stomping on her face, all as police say he shouted anti-Asian slurs and told her, “you don’t belong here.”

The attack happened outside an apartment building two blocks from Times Square, a bustling, heavily policed section of midtown Manhattan known as the “Crossroads of the World.”

Two workers inside the building who appeared to be security guards were seen on the video witnessing the attack but failing to come to the woman’s aid. Their union said they called for help immediately. The attacker was able to casually walk away while onlookers watched, the video showed.

New York City Mayor Bill de Blasio called the video of the attack “absolutely disgusting and outrageous” and said it was “absolutely unacceptable” that witnesses did not intervene.

“I don’t care who you are, I don’t care what you do, you’ve got to help your fellow New Yorker,” de Blasio said Tuesday at his daily news briefing.

“If you see someone being attacked, do whatever you can,” he said. “Make noise. Call out what’s happening. Go and try and help. Immediately call for help. Call 911. This is something where we all have to be part of the solution. We can’t just stand back and watch a heinous act happening.”

Mayoral candidate Andrew Yang, the son of Taiwanese immigrants, said the victim “could easily have been my mother.” He too criticized the bystanders, saying their inaction was “exactly the opposite of what we need here in New York City.”

The attack comes amid a national spike in anti-Asian hate crimes, and happened just weeks after a mass shooting in Atlanta that left eight people dead, six of them women of Asian descent. The surge in violence has been linked in part to misplaced blame for the coronavirus and former President Donald Trump’s use of racially charged terms like “Chinese virus.”

This year in New York City there have been 33 hate crimes with an Asian victim as of Sunday, police said. There were 11 such attacks by the same time last year.

On Friday, in the same neighborhood as Monday’s attack, a 65-year-old Asian American woman was accosted by a man waving an unknown object and shouting anti-Asian insults. A 48-year-old man was arrested the next day and charged with menacing. He is not suspected in Monday’s attack.

New York Gov. Andrew Cuomo called Monday’s attack “horrifying and repugnant” and he ordered a state police hate crimes task force to offer its assistance to the NYPD. No arrests have been made.

The NYPD’s Hate Crime Task Force, which is investigating the attack, released surveillance video of the attack and photographs of the suspect Monday evening and asked anyone with information to contact the department’s confidential hot line or submit tips online.

The woman attacked Monday was hospitalized with serious injuries. She was discharged Tuesday evening, a hospital spokesperson said. Her name has not been released.

According to video footage of the assault Monday, two people who appeared to be security guards walked into the frame and one of them closed the building door as the woman was on the ground.

The property developer and manager of the building, Brodsky Organization, wrote on Instagram that it was aware of the assault and said staff members who witnessed it were suspended pending an investigation.

The head of the union representing building workers disputed allegations that the door staff failed to act. He said the union has information that they called for help immediately.

“Our union is working to get further details for a more complete account, and urges the public to avoid a rush to judgment while the facts are determined,” SEIU 32BJ President Kyle Bragg said in a written statement. He condemned the attack as “yet another example of the unbridled hate and terror” against Asian Americans.

Police Commissioner Dermot Shea announced last week that the department would increase outreach and patrols in predominantly Asian communities, including the use of undercover officers to prevent and disrupt attacks.

The neighborhood where Monday’s attack occurred, Hell’s Kitchen, is predominantly white, with an Asian population of less than 20%, according to city demographic data.

Shea called Monday’s attack “disgusting,” telling TV station NY1: “I don’t know who attacks a 65-year-old woman and leaves her on the street like that.”

According to a report from Stop AAPI Hate, more than 3,795 incidents were reported to the organization from March 19, 2020, to Feb. 28. The group, which tracks incidents of discrimination, hate and xenophobia against Asian Americans and Pacific Islanders in the U.S., said that number is “only a fraction of the number of hate incidents that actually occur.”

Man charged in spate of explosions outside frenemy’s home 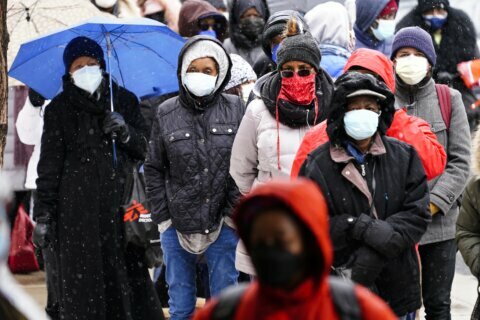 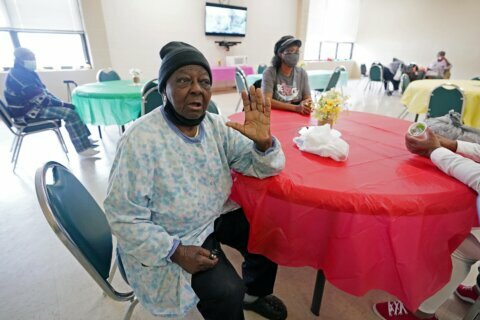