COLUMBIA, S.C. (AP) — A bill that would make South Carolina the 48th state in the nation to pass a hate crime law started its journey through the Statehouse on Tuesday.

The proposal to allow harsher penalties for killings, assaults, stalking, vandalism and other crimes motivated by hatred for someone’s race, sexual orientation, religious beliefs, or disability is one of the key legislative goals for big businesses in the state this year.

Several business leaders testified in a House subcommittee hearing Tuesday in favor of the bill, joined by others who argued that South Carolina can make the proposal a lasting memorial to the nine Black church members killed in a racist massacre in a Charleston church in 2015.

Three opponents to the bill were from Baptist groups, mostly concerned the proposal could be turned against them if they speak out against homosexuality, abortion or other issues important to their beliefs and they could be charged with stalking or other crimes.

But supporters pointed out the bill doesn’t add any new crimes. Instead, it would add up to five years in prison for someone convicted of a violent crime fueled by hate, three years for stalking or harassment and an extra year behind bars for vandalism.

Rep. Will Wheeler asked Prosser if his group was currently fighting against stalking laws, since the hate crime bill didn’t change it.

“Have you all voiced any objections to that code section at any time in the last 10 or 20 years?” said Wheeler, D-Bishopville.

Prosser said they have not, but they worry a hate crime bill could stretch it to where someone offended by the singing of “Amazing Grace” at a vigil for victims of violence could end up on the wrong side of the law.

The five-member subcommittee has just one Black member, but more than a dozen African American legislators came to the meeting to listen to the testimony.

The subcommittee is expected to vote on the bill Thursday. House Speaker Jay Lucas made the hate crimes proposal a key part of a deep dive he asked representatives to take into criminal justice issues after a summer of racial strife. The Republican speaker is one of almost 30 bipartisan sponsors of the bill.

Arkansas and Wyoming are the only other states without hate crime bills. Georgia passed a similar proposal in June after the death of Ahmaud Arbery, a 25-year-old Black man pursued and fatally shot while running near Brunswick, Georgia.

Senate Majority Leader Shane Massey said his caucus has not talked about the bill as it makes its way through the House. Republican Gov. Henry McMaster said he wants to wait and see what is passed.

Only one member of law enforcement spoke. Richland County Sheriff Leon Lott asked lawmakers to pass a hate crime law, telling them about a recent string of 17 robberies over three weeks that targeted Hispanics, terrorizing their community.

“We obtained their text messages that showed: ‘Let’s go get some Mexicans tonight,'” Lott said. “We can actually prove all their robberies were based on the race of the individuals that became the victims. These are the types of crimes where we need something to hold them accountable.” 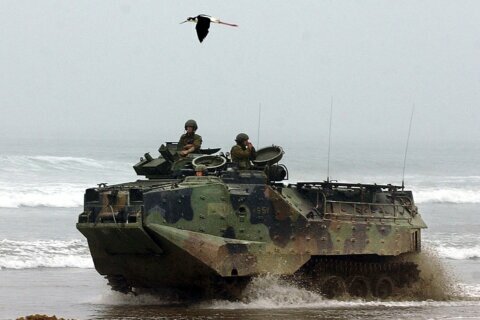