ATLANTA (AP) — The Georgia House of Representatives voted unanimously on Monday to repeal a citizen’s arrest law predating the Civil War, acting little more than a year after the fatal shooting of Ahmaud Arbery, a Black man pursued by armed white men.

The House voted 173-0 for House Bill 479 after a debate weighted with Georgia’s white supremacist history. The unanimous vote left supporters elated. Republican Gov. Brian Kemp has endorsed the bill, which now goes to the Senate for more debate.

“We have an opportunity to honor Ahmaud by shifting the narrative and making the statement that the state of Georgia is committed to the just and fair treatment of every one of its citizens,” said Rep. Gloria Frazier, a Democrat.

Since 1863, Georgia’s written law has allowed a private citizen to make an arrest if a crime is committed in the person’s presence “or within their immediate knowledge.”

Advocates say the law is steeped in racism and slavery and was used to round up suspected escaped slaves and then as a justification for the lynching of African Americans.

“There were decades of lynchings that took place in Georgia where this law was used as part of that justification,” said the bill’s sponsor, Republican Bert Reeves of the Atlanta suburb of Marietta.

The vote is a bookend to an effort last year that gave Georgia a new hate crimes law, more than 15 years after the state Supreme Court overturned the state’s first attempt. The pressure for the hate crimes law became overwhelming last year amid a public outcry over Arbery’s fatal shooting, a confrontation recorded on video.

Arbery, 25, was fatally shot while running through a mostly white neighborhood near Brunswick near the Georgia coast in February 2020.

The father and son who armed themselves and pursued Arbery — Greg and Travis McMichael — weren’t arrested or charged until more than two months after the shooting. The first outside prosecutor assigned to the case cited Georgia’s citizen arrest law in a letter to police in arguing the shooting was justified.

The McMichaels’ lawyers have said they pursued Arbery suspecting he was a burglar, after security cameras had previously recorded him entering a home under construction. They said Travis McMichael shot Arbery while fearing for his life as they grappled over a shotgun. The McMichaels were charged with murder.

Video of the fatal encounter was taken by William “Roddie” Bryan, a neighbor who joined the chase and also was later charged with murder.

Prosecutors have said Arbery stole nothing and was merely out jogging when the McMichaels and Bryan chased him. They remain jailed without bond.

Under the measure, if a police officer or sheriff’s deputy doesn’t arrive within a reasonable time, someone who is detained must be released along with their personal belongings. 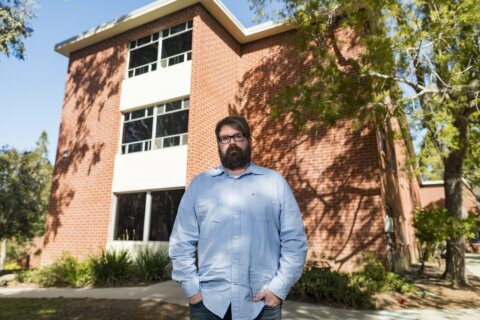