WASHINGTON (AP) — America’s job market delivered a burst of strength in February. It lifted hopes that the rollout of viral vaccines, the distribution of federal aid and the increasing willingness and ability of consumers to go out and spend will invigorate the economy as the weather warms up.

Employers added 379,000 jobs, the government said Friday, the most since October and far surpassing economists’ predictions. The unemployment rate, which dipped to 6.2%, has now dropped nearly every month since it peaked at 14.8% in April of last year after the pandemic erupted in the United States and inflicted breathtaking job losses.

Shut down for much of last year, the economy has been gradually reopening as more people are vaccinated and fewer are being infected. The number of confirmed new coronavirus cases has dropped to an average below 60,000 a day from nearly 250,000 in early January, according to Johns Hopkins University.

A government aid package late last year also delivered $600 checks to most adults, coming on top of an even bigger economic rescue last spring. President Joe Biden is seeking to give households yet another boost with a $1.9 trillion relief package that would add benefits for the unemployed and send $1,400 to most families.

“Improving health conditions, expanding vaccine distribution and generous fiscal stimulus will form a powerful cocktail that lifts real (economic) growth to 7% in 2021,’’ reversing last year’s 3.5% drop, Gregory Daco and Lydia Boussour of Oxford Economics said in a research note. They expect the economy to add an average of roughly 580,000 jobs a month this year.

Here are five takeaways from the February jobs report:

No area of the economy endured more devastation from the pandemic recession than the leisure and hospitality sector. Now, as more bars, restaurants and hotels reopen to fuller capacity, this industry has been regaining many of its lost jobs.

In February, leisure and hospitality added 355,000 jobs — more than 90% of the economy’s total gain. The added jobs included 286,000 at restaurants and bars alone.

Many of those jobs are returning as California and Texas — the two most-populous states — more fully reopen their economies, along with some other states. Yet so deep were last year’s job losses in leisure and hospitality that the sector is still down 3.5 million jobs from its pre-pandemic level. Even if February’s torrid pace could be maintained, it would take 10 more months for the leisure and hospitality industry to regain its pre-pandemic level of jobs. And that doesn’t even include the additional jobs this sector would have added over the past year under normal circumstances.

February’s job growth was about twice the number that economists had expected. And the landscape looked better in the rear-view mirror, too. The government’s revised estimates added a net 38,000 jobs for December and January combined.

Most economists also shrugged off one dose of bad news in Friday’s report: A loss of 61,000 construction jobs that was probably a temporary consequence of freezing winter weather and power outages in Texas and elsewhere. And the shedding of 86,000 government jobs in February reflected, in part, technical issues involved in accounting for school closings and re-openings in the face of the pandemic.

One year ago, the pandemic had yet to strike the United States hard. As a result, last month’s data illustrates just how much damage the virus did to the job market in 12 months. The comparisons to the pre-pandemic days are ugly.

Despite last month’s impressive gain, the economy is still down roughly 9.5 million jobs from February 2020. And the proportion of adults who are either working or looking for work — the so-called labor force participation rate — was 61.4% in February, down sharply from 63.3% a year earlier. This proportion is now close to where it was back in the mid-1970s, before a huge influx of women entered the American workforce. What’s more, February’s 6.2% unemployment rate, though down significantly from last spring, is still high compared with 3.5% one year earlier.

February’s job growth did nothing to reduce the chronic disparities between white Americans and minorities that reflect broader economic inequalities.

Employers continued to call back workers they had furloughed after the virus hit last year. But many jobs appear to be gone for good, and those who held those positions could remain out of work indefinitely.

The number of Americans on temporary layoff plunged by 517,000 last month to 2.2 million. At the same time, the ranks of the permanently unemployed remained stuck at a lofty 3.5 million, down just 6,000 from January. The permanent job losers have now outnumbered the temporarily jobless every month since September. 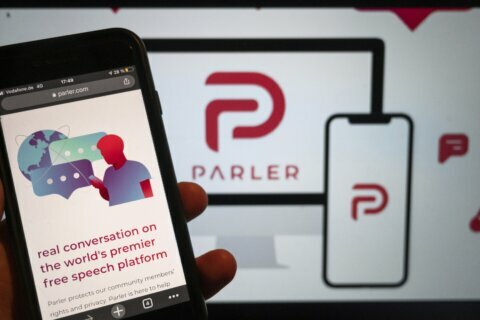