CHICAGO (AP) — A Chicago hospital’s CEO has been suspended for two weeks following a series of COVID-19 vaccination events involving alleged favoritism, including one in which ineligible Trump Tower workers were vaccinated.

The unpaid suspension of Loretto Hospital’s president and CEO, George Miller, is on hold until the hospital finds a new chief operating officer and chief financial officer, a hospital spokeswoman said late Monday.

Dr. Anosh Ahmed, who had been Loretto’s COO and CFO, resigned last week, days after he and Miller were reprimanded by its board of directors following news reports that hospital executives provided COVID-19 vaccines to some people who weren’t yet eligible.

The Associated Press left a message seeking comment from Miller at the hospital Tuesday.

There have been at least six alleged incidents in which Loretto Hospital vaccinated people connected to the hospital’s executives, including to employees at downtown Chicago’s Trump Tower — where Ahmed owns a condo — Cook County judges and their spouses, as well as Miller’s suburban church, the Chicago Sun-Times reported.

A hospital spokeswoman disclosed the latest of those incidents Monday in a statement.

According to that statement, Dr. Ali Ahmed, the president and CEO of Affinity Health — which oversees Loretto Hospital’s COVID-19 clinical trials — “requested 10 vaccinations for 10 individuals he identified as eligible under city guidelines, one of whom was terminally ill.”

The statement notes that Ahmed is not a Loretto Hospital employee, but says that on Jan. 29 “the 10 vaccinations were provided to Dr. Ali Ahmed and then administered to these individuals.”

“While information provided at the time deemed that these individuals were eligible per city vaccination guidelines, Loretto is no longer approving off-site visits that aren’t either hosted by the hospital or community partners and organizations,” according to the statement.

Loretto Hospital is located on Chicago’s West Side and largely serves Black and Latino people. It was chosen last year to administer Chicago’s ceremonial first COVID-19 vaccination as part of the city’s efforts to encourage residents in West Side neighborhoods to get vaccinated.

Mayor Lori Lightfoot said Monday that Loretto is a “safety net hospital” that is pivotal to Chicago and that she is “committed to helping Loretto get it right because they’re so important to the West Side community.”

“Obviously, they deviated from what I think is their core mission and what should have been the focus during this critical time period, which is driving vaccine exclusively to that West Side population that’s so in need and where we still have a lot of work to do to boost the numbers on the West Side,” she said. 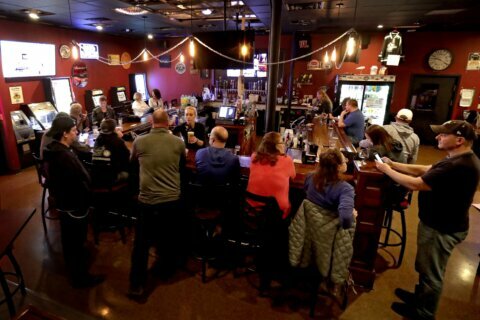