NEW YORK (AP) — Super Bowl ads each year offer a snapshot of the American psyche. And this year, it’s a doozy.

After a year of pandemic fear and isolation, a tumultuous election capped by a riot at the Capitol, and periodic uncertainty as to whether there would even BE a Super Bowl, marketers have to tread carefully. The ideal: promote their brands to a weary audience looking for comfort and escapism without crossing any lines that might trigger viewers.

So Will Ferrell is teaming with GM — and Awkwafina and Kenan Thompson — on a madcap cross country dash to promote electric vehicles. Amazon toys with sexual innuendo when a woman is distracted by her new Alexa assistant that looks like the actor Michael B. Jordan. And Anheuser-Busch offers a hopeful look toward a time when we can say “let’s get a beer” to friends and coworkers again.

“Comfort is key,” said Villanova University marketing professor Charles Taylor. “Being edgy is going to get attention, but it risks getting out of the comfort zone at a time people have been cooped up in their homes and economic times are tough for many.”

The prize for those who get the balance right? The chance to break into the psyche and (virtual) watercooler talk of an estimated 100 million viewers who will be watching the CBS broadcast of Super Bowl LV on Sunday.

With big names such as Coke, Hyundai and Kia sitting it out this year, newcomers are rushing in. This year’s Super Bowl will showcase more than 20 first-time advertisers — more than double the 8 from last year if you exclude campaign ads, according to a tally by research firm iSpot. Many are flush with cash thanks to changing consumer habits during the pandemic.

It’s a bellwether when a brand can afford the estimated $5.5 million cost-of-entry for a 30-second spot during the Super Bowl. This year’s class includes the companies that brought us our food, let us shop online and helped us work from home. Among them are delivery services DoorDash and Uber Eats, the job site Indeed, the car site Vroom, the recently headline-grabbing investing app Robinhood, and the computer accessories company Logitech.

Most are taking tried-and-true ad approaches. DoorDash enlists Sesame Street characters for a dose of nostalgia. Logitech goes the celebrity route with an endorsement from hip hop artist Little Nas X intended to underscore that its products like keyboards and mice help artists and makers “defy logic.”

And in what is surely a first in Super Bowl history, an ad for Inspiration4, a SpaceX supported all-civilian space launch, touts a chance for viewers to join the mission. Courtesy of payment processor Shift4 Payments, whose CEO, Jared Isaacman, will command that mission.

Some marketers took aim at the changing habits and ways we live during the pandemic. Tide’s ad depicts a boy not wanting to wash a clean-looking sweatshirt with the face of “Seinfeld” star Jason Alexander on it. But as the sweatshirt collects garbage and dog drool, Alexander’s face starts scowling, and only perks up when Tide saves the day.

By suggesting that you may be wearing the same clothes more, and washing them less, the ad encourages more detergent use, said Kim Whitler, a marketing professor at the University of Virginia. “They wouldn’t have run this ad if COVID hadn’t happened,” she said

Amazon, meanwhile, knows people stuck at home all year might be fantasizing about something new. So a woman’s new Amazon Alexa takes on the voice — and body — of actor Michael B. Johnson, to the consternation of her hapless husband.

Meanwhile, a Cheetos ad shows real life married couple Mila Kunis and Ashton Kutcher wrangling over a bag of Cheetos Crunch Pop Mix — to the tune of Shaggy’s “It Wasn’t Me,” evincing the frayed nerves of a couple who have been stuck inside too long.

“This is what happens when you lock Mila and I in a house together for a year,” Kutcher tweeted about the ad.

In stark contrast to last year’s Super Bowl, which featured campaign ads from both Donald Trump and Michael Bloomberg, politics is out of sight this year. With, that is, the possible exception of online gig marketplace Fiverr, which has teased that its ad involves Four Seasons Total Landscaping.

Also MIA are any ads referring to the Black Lives Matter movement, which spurred vast protests across the country last summer. Advertisers may still be smarting from a disastrous 2017 Pepsi ad in which Kendall Jenner played a protestor who charms police with a frosty soda. It took serious flak for minimizing protests and was eventually pulled.

Marketers who want to pull at viewers’ emotions this year are offering up vaguely hopeful, look-forward-to-the-future messaging.

Toyota’s spot looks ahead to the Olympics and Paralympics, although both again face potential postponement as the pandemic drags on. Its ad showcases Paralympic swimmer Jessica Long’s journey from orphan in Siberia to Paralympian, ending with the line, “We believe there is hope and strength in all of us.”

“So when we’re back, let’s remember, it’s never just about the beer,” a voiceover states. “It’s about saying that simple human truth, we need each other.” 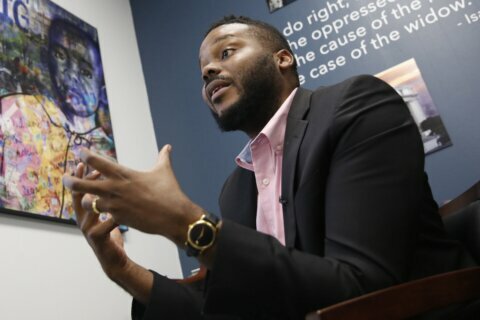