HIGH POINT, N.C. (AP) — A man who barricaded himself in a North Carolina house with a woman and two children shot and wounded three police officers who tried to enter the home during the hourslong standoff, authorities said Friday. The woman was found dead and the suspect was later killed by police.

The children were uninjured, and the officers’ injuries were not life-threatening, said High Point Police Chief Travis Stroud.

The approximately 11-hour standoff ended when Josue Drumond-Cruz fired at officers who were assisting from the nearby Greensboro Police Department, and they returned fire, killing him, Stroud said. The woman’s identity and cause of death weren’t immediately released. The chief said he believes that she and Drumond-Cruz were in a relationship.

The standoff began after 11 p.m. Thursday when officers on patrol responded to a call about shots being fired. They found Drumond-Cruz in the yard and tried to communicate with him but he was uncooperative. He then went inside and came back out brandishing a rifle that appeared similar to an AR-15, Stroud said.

A tactical team and negotiators arrived, and investigators determined the woman and children were inside. About four hours into the standoff, and with no contact from the suspect, officers tried to enter the home and Drumond-Cruz opened fire on them, striking three officers, Stroud said.

Stroud said Drumond-Cruz also fired shots from the house periodically throughout the standoff.

“We had a lot of gunfire coming from inside the house throughout the morning,” he said.

About 10:15 a.m., the suspect shot at tactical officers who were assisting from the nearby Greensboro Police Department, and they returned fire, killing him, Stroud said.

Two officers were treated and released for wounds to the hand and shoulder, respectively. A third officer underwent surgery for a leg wound. All three were doing well and expected to recover, Stroud said. 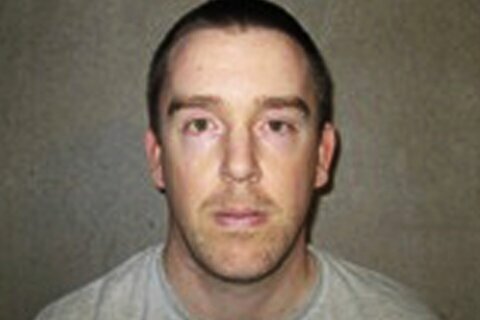