Rachel Lynne Cushman is used to getting calls from Chinook Nation members worried about losing housing or having their power shut off. Since COVID-19 hit, they come in daily.

Cushman is secretary-treasurer for the group of tribes whose rural, ancestral lands are based in one of Washington state’s poorest counties. While they mostly have been spared from the health effects of the coronavirus, the pandemic has taken a significant economic toll.

“We’re doing the best we can,” Cushman said. “But the reality is we don’t have the resources to help.”

Unlike federally recognized tribes, the Chinook Nation doesn’t have a political relationship with the United States, which would make it eligible for federal coronavirus relief funding for state, local and tribal governments. Hundreds of tribes lack the designation, which they say leaves them struggling to help their members and less equipped to combat a pandemic that’s disproportionately affected Native Americans and other people of color.

The Chinook Nation — consisting of the Lower Chinook, Clatsop, Willapa, Wahkiakum and Kathlamet tribes — received some federal funding through a local nonprofit for small tribes to distribute food to elders and help with electricity bills, tribal council chairman Tony A. (Naschio) Johnson said. But even paired with grants, he said it’s a drop in the bucket.

“It’s completely unfair for our neighbors to get millions of dollars, and for us to get some trickle-down, if anything,” Johnson said. “That’s not to say that other tribes shouldn’t be getting funding; we just need funding, too.”

The path to federal recognition is long, complicated and expensive, requiring deep anthropological and genealogical research and extensive documentation proving that the tribe is distinct from others and has continuously operated since the 1900s. The process can cost millions of dollars.

Five tribes were recognized under the Obama administration and seven tribes under the Trump administration, the latest being the Little Shell Tribe of Chippewa Indians of Montana, according to the Interior Department.

Tribes have received the designation through treaties, acts of Congress or by applying to the Interior Department. With it, tribal land is protected from being sold, their governments are recognized as sovereign, and they share in federal funding for things like public safety, education and health.

The Chinook Nation’s quest for federal recognition started with hiring lawyers to fight for land rights in 1899. The tribe was recognized in 2001, but the status was revoked 18 months later after the U.S. Bureau of Indian Affairs ruled that it failed to prove it had consistently existed as a tribe through history.

The revocation was traumatic, said Johnson, who cut his hair in a traditional sign of mourning. He said he sometimes looks back at a letter he wrote to his children about the bright future ahead and wants to scream.

They’re still battling for the status and got a boost from a U.S. judge who ruled about a year ago that a ban on the tribe reapplying for federal recognition was unjustified.

Meanwhile, the Fernandeño Tataviam Band of Mission Indians, a tribe in Los Angeles County without a land base, has raised $2.6 million to build a case. It’s among six tribes based in California, Florida, Michigan and New Mexico whose petitions are being considered by the U.S. Bureau of Indian Affairs.

Five more tribes in Louisiana, North Carolina and California are seeking federal recognition but haven’t completed their paperwork yet.

The problems are not unlike what federally recognized tribes and others are facing in the pandemic, he said, but his tribe has additional roadblocks to financial help. Grant funding has helped, but applying for the money has become more arduous after 10 tribal government employees were laid off, Ortega said.

“We do the best with what we have, but we wish we had more because we can’t fulfill everyone’s needs on our own,” he said.

The tribe is recognized by California, but that doesn’t guarantee government funding. While it can open access to state funding, state recognition is mostly seen as a stepping stone to federal recognition.

In the meantime, the tribe’s leaders are asking members for help delivering food and donating money for emergency rental assistance, COVID-19 testing and protective equipment. Other than that, much of the tribe’s funding comes from grants and an online store.

Likewise, efforts within the Chinook Nation to combat the pandemic haven’t gone far enough, tribal leaders say. While they have taken strict COVID-19 precautions, including canceling big events and encouraging people to socially distance, there was little to prepare the tribe for the economic effects.

Tribal leaders expanded a distribution system for those most in need and invested in a traditional foods program. They distributed two to five fish per household each week last summer, and processed elk and bear that volunteers offered for tribal refrigerators.

But Johnson, the tribal chairman, said what they need most is federal status and funding, which members have been fighting for through letter-writing efforts and social media campaigns.

“With federal recognition, that’s how we’re going to change the future of our community,” he said. 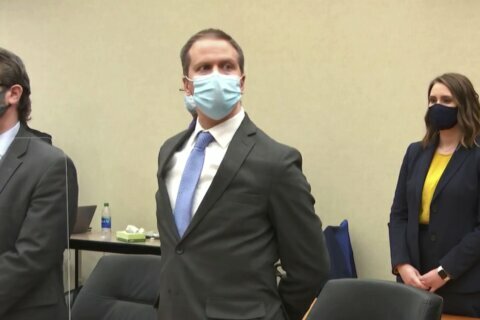