National Republicans are jumping into the growing effort to recall California Democratic Governor Gavin Newsom, with the Republican National Committee announcing Thursday a $250,000 investment toward the campaign.

A majority of the investment, $200,000, will go toward boosting the California Republican Party’s recall operation. The money will primarily be used for digital and texting programs targeting California Republicans with a link to sign the recall petition. It’s the first time the national party is getting involved in the effort to recall Newsom.

“Governor Newsom’s authoritarian measures, blatant overreach and complete mishandling of the COVID-19 pandemic have proven that he is woefully unqualified to lead the state of California,” RNC Chair Ronna McDaniel said in a statement. “It is time the people use their Constitutional recourse to remove him from power.”

California GOP Chair Jessica Patterson said she and two national committee members  reached out to the RNC recently to get involved, and that they were receptive after seeing the state party help flip four Congressional districts in 2020.

“Holding Governor Newsom accountable is my top priority and I am thrilled that our party is unified behind this effort,” she said in a statement.

If enough signatures are deemed valid, a special election is expected to be declared in November. The ballot will have two questions: One that asks if Newsom should be removed and the other on who should replace him if the recall passes.

Rescue California, a political action committee that has been involved with the recall, began hiring signature gathers last week and have already collected 52,000 signatures. Tom Del Bacarro, the PAC’s chairman, predicts they’ll have close to 1.9 million signatures by Sunday.

Patterson said 44,000 state party volunteers, 3,000 of them coming in the past month, have helped make close to 1 million phone calls to chase petitions that were mailed out.

Newsom faced a heckler who chanted “recall Newsom” through a megaphone at a Wednesday press conference. Newsom dismissed the recall effort and said his focus is on getting Californians healthy.

“I don’t care if you’re Democrat or Republican. I care that you’re healthy and safe,” Newsom told reporters. “And you can live your lives out loud without fear of a pandemic, and without fear of having to go back into the fits and starts this pandemic has impacted in terms of communities all across this state and so that’s my focus.”

“Governor Newsom does not deserve to be recalled. We should all support the governor in doing the best that he can to continue to navigate our state through this pandemic. And I think it would be shameful for any well-known respectable Democrat to put their name on that ballot,” she said in a statement.

This is the sixth recall attempt against Newsom, just over two years into his first term, but organizers say this is the most serious effort yet.

If the recall attempt is successful, it would be only the second time a governor has been recalled in California’s history. In 2003, Democratic Governor Gray Davis was recalled and replaced by  Republican Arnold Schwarzenegger.

While the RNC is just getting involved in the effort, there have been major donations to the two prominent groups leading the recall effort: the California Patriot Coalition and Rescue California. The two groups have collectively raised $3.6 million in direct contributions.

Some of former President Trump’s major donors have sunk tens of thousands of dollars into the recall effort.

“This recall effort is a bunch of Trump-attached, right wing hacks trying to create a nonexistent movement,” a national Democratic strategist told CBS News. “If the RNC believes Trump acolytes have a chance of defeating Newsom then they truly are living in a Fox News reality they’ve built for themselves.”

The recall effort’s momentum picked up after Newsom held a dinner at an upscale Bay Area restaurant in November while indoor dining was still closed. A late January poll from the Public Policy Institute of California found Newsom had a 52% approval rating, while a separate Berkeley IGS poll from a similar time frame found Newsom’s approval rating was 46%.

In addition to the RNC, the Republican Governors Association has been getting involved through talking to prospective candidates and commissioning a poll for a potential special election.

In response to Psaki, California Patriot Coalition founder Orrin Heatlie said Tuesday, “This is a state’s matter, between the people of California and their Governor.”

California Patriot Coalition spokesman Randy Economy said while the recall effort is state-centered, it was “kinda exciting” to see the effort get more national attention. 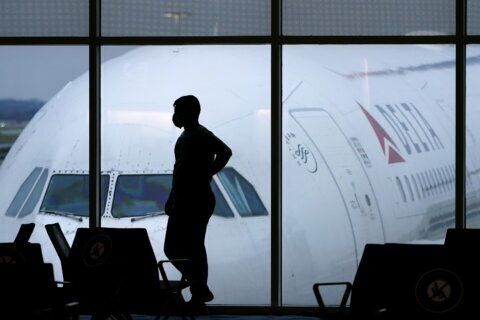