When a New Jersey student said she hadn't had enough to eat, she highlighted a problem at home, and one that affects some 18 million children nationwide.
Listen now to WTOP News WTOP.com | Alexa | Google Home | WTOP App | 103.5 FM

When a New Jersey student said she hadn’t had enough to eat, she highlighted a problem at home, and one that affects some 18 million children nationwide.

A New Jersey third-grader burst into tears in the middle of her virtual class, confessing to teachers and fellow students that she was starving.

That heartbreaking moment led an entire community to help, including Guadagno.

“This family has been offered not only immediate food, but groceries for six months,” Guadagno said. 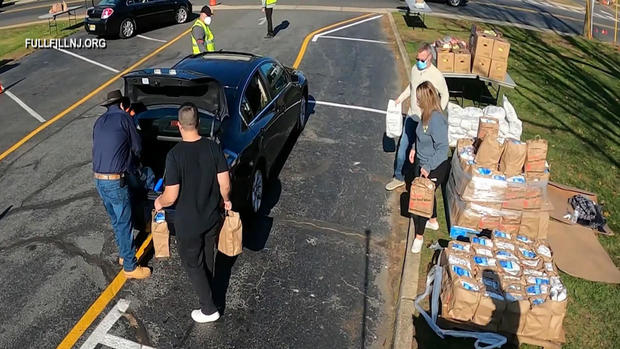 The girl’s mother lost her restaurant job almost a year ago.

“This is happening in your backyard,” Guadagno said.

As of January, 40 million people live in a family where at least one adult lacks paid work, according to the Center on Budget and Policy Priorities.

And the number of American children facing food insecurity has doubled from 14% to 28% since 2019, according to Northwestern University and the USDA.

About 80% of the families in Los Angeles’ school district were in poverty before the pandemic began. Food drives like this can be lifesaving for mothers like Sara Swogger.

“My son is in special ed. I’m going to cry,” Swogger said. “Having to work from home and having to do his school stuff, it’s very hard.” 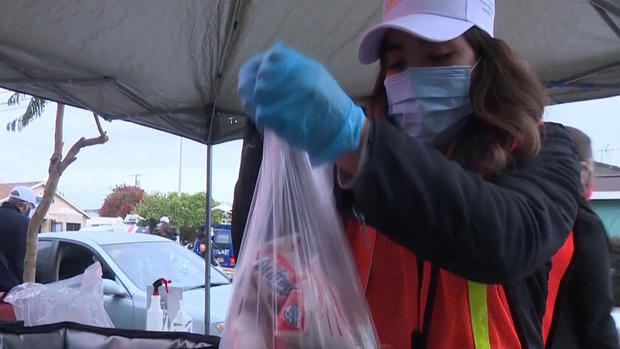 A worker at a food bank in Los Angeles.

President Biden and first lady Jill Biden on Friday toured a Houston food bank, a place working double time to meet the demands of a pandemic and a weather disaster.

Those on the frontlines say America’s hunger crisis will be a long fight.

“Our hungry children are looking at two or three years — or longer — of need,” Guadagno said. 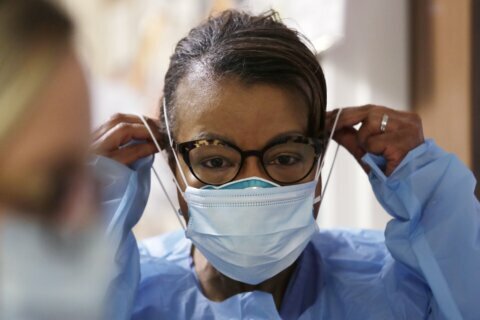