Louisiana governor at odds with Biden over oil, gas policy

Biden’s approach to oil and gas strikes at one of Louisiana’s economic engines and an industry that is a chief financial backer of the state’s coastal restoration work, putting the Democratic governor at odds with a president within his own party.

Environmental groups have lauded Biden’s approach, arguing that it is the kind of bold, urgent action needed to slow climate change, which has been linked to droughts, devastating wildfires and a rising number of hurricanes that have pummeled the region.

“I know he’s arguing. He’s working it every day. He’s constantly calling me looking for new ammunition” to make his case to the Biden administration, Harris said.

But lawmakers on the state House and Senate natural resources committees pushed Edwards to make a direct appeal to Biden, noting that as the only Democratic governor in the Deep South he could have more sway with the president.

“We’ve got to do something, talk to somebody and make some moves,” said Sen. Mike Fesi, a Houma Republican who owns an oil and gas pipeline construction and maintenance company.

While the Edwards administration talked of trying to negotiate with the White House, Republican Attorney General Jeff Landry intends more direct challenges to the Biden administration’s regulatory and executive actions.

“In cases where we can, we will litigate,” said Bill Stiles, Landry’s chief deputy.

States have little control or say in the management of federal lands and waters, however, leaving political pressure, appeals to Congress and suggestions for alternate policies among their options to reverse Biden’s policies.

Edwards has regularly refused to air his grievances with presidents, Republican or Democrat, publicly. Harris said the governor will continue that approach in this disagreement with the Biden administration.

“I think the best thing we can do is make the coherent argument that what they’re proposing is not the appropriate path forward,” Harris said.

Biden wants to shift the nation’s focus from fossil fuels to cleaner alternatives, such as wind and solar energy, with a goal of eliminating pollution from fossil fuel in the power sector by 2035 and from the U.S. economy overall by 2050. The president suggests his directives will create jobs in renewable energy and other sectors that can offset the lost employment in oil and natural gas.

But Louisiana officials and industry representatives say Biden’s actions will cause massive job losses across the Gulf Coast, crater economic activity in the region and strip millions of dollars that Louisiana uses from offshore drilling to pay for coastal restoration projects.

Wednesday’s hearing at the Louisiana Capitol outlined those fears, with Republican members of the state’s congressional delegation, leaders of coastal parishes and oil and gas representatives predicting widespread damaging impacts.

Oil and gas extracted from public lands and waters account for about a quarter of annual U.S. production. Extracting and burning those fuels generates the equivalent of almost 550 million tons (500 metric tons) of greenhouse gases annually, the U.S. Geological Survey said in a 2018 study.

Leading a state where tens of thousands of jobs are tied to fossil fuels, Edwards has argued the oil and gas industry should be involved in technological improvements and energy advancements that curtail greenhouse gas emissions and lessen the impacts of climate change. 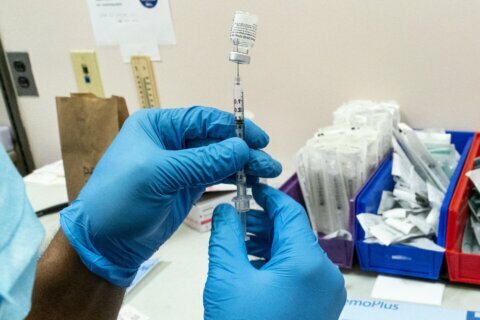