LIBERTY, Mo. (AP) — A man linked to the Kansas City metro chapter of the Proud Boys was charged Monday with conspiring with members of the group to participate in the riots at the U.S. Capitol on Jan. 6.

Ryan Ashlock, of Gardner, Kansas, was arrested Monday without incident, the FBI said. An affidavit alleges Ashlock conspired with five other members of the Proud Boys who have already been charged in the riots.

They were among hundreds of supporters of former President Donald Trump who stormed the Capitol after Trump spoke at a rally, forcing lawmakers to be taken to safety. Five people died in the melee.

It was unclear Monday if Ashlock has an attorney.

Ashlock traveled to the riots with other Proud Boy members, marched with them to the Capitol, and helped knock down metal barricades between police and protesters outside the Capitol, according to the affidavit. He separated from the group when police pepper-sprayed him, and it was unclear if Ashlock entered the Capitol, the FBI said.

He also wore tactical gear and had florescent orange tape on his clothing, which federal authorities say indicates membership in the Proud Boys.

He was charged with conspiracy, obstruction of law enforcement during civil disorder, obstruction of justice/Congress, and knowingly entering or remaining in restricted buildings or grounds.

The FBI said Ashlock admitted to investigators during an interview on Feb. 11 that he was at the Capitol and coordinated with other members of the Proud Boys. He told investigators he left the grounds after he was hit with pepper spray.

“However (Ashlock) ultimately denied that his actions were criminal,” the affidavit reads.

Proud Boy members William Norman Chrestman and Christopher Charles Kuehn, both of Olathe, Kansas, and Louis Enrique Colon, of Blue Springs, Missouri, were charged Feb. 10 with conspiring to to impede certification of the Electoral College vote.

Felicia and Cory Konold, who live in the Tucson, Arizona, area, also were charged with conspiring with the Kansas City chapter of the Proud Boys to interfere with police during the riot. 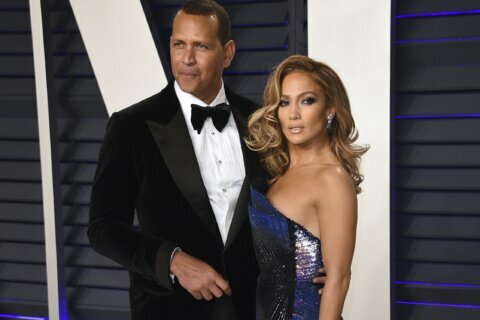