Flynt, who had been in declining health, died Wednesday at Cedars-Sinai Medical Center, his longtime attorney, Paul Cambria, told The Associated Press. He had been paralyzed and nearly killed in a 1986 assassination attempt.

“He suffered decades of health issues and you can imagine it was pretty difficult,” said his nephew Jimmy Flynt Jr. He added, “I loved him and may he rest in peace.”

From his beginnings as a fledgling Ohio strip club owner to his reign as founder of one of the most outrageously explicit adult-oriented magazines, Flynt constantly challenged the establishment and was intensely disliked by the religious right and feminist groups that said he demeaned women and put them at risk with pictures of bondage and other controversial acts.

Flynt maintained throughout his life that he wasn’t just a pornographer but also a fierce defender of free-speech rights.

“My position is that you pay a price to live in a free society, and that price is toleration of some things you don’t like,” he once told the Seattle Times. “You have to tolerate the Larry Flynts of this world.”

The U.S. Supreme Court agreed with him at least once, when he won a long and bitter battle with the Rev. Jerry Falwell, who sued him for libel after a 1983 Hustler alcohol ad suggested Falwell had lost his virginity to his mother in an outhouse.

That case and much of the rest of Flynt’s life were depicted in the acclaimed 1996 film, “The People vs. Larry Flynt,” which brought Oscar nominations for director Milos Forman and for Woody Harrelson, who portrayed Flynt.

At the time of his death he claimed to have video-on-demand operations in more than 55 countries and more than 30 Hustler Hollywood retail stores throughout the United States.

“It’s a massive corporation and he started it with nothing,” Jimmy Flynt Jr. said.

His publishing and financial successes were offset in equal measure by controversies and tragedies.

Over the years, Flynt fought battles with drug and alcohol addiction, and his daughter Lisa Flynt-Fugate was killed in a car crash in 2014 at age 47.

Left paralyzed from the waist down and in unrelenting pain by a March 6, 1978, shooting, Flynt refused to slow down, continuing to build his business for another 44 years. Always a flashy dresser, he used a gold-plated wheelchair with a velvet-lined seat.

“His doctors had said he should have passed away 30 years ago,” Jimmy Flynt Jr. said Wednesday. “He outlived most of the doctors who took care of him,” he added with a chuckle.

With an estimated fortune over $100 million, Flynt spent his later years in the political arena. When California voters recalled Gov. Gray Davis in 2003, Flynt was among 135 candidates to replace him. He campaigned as “a smut peddler who cares” and gathered more than 15,000 votes.

A self-described progressive, Flynt was no fan of former President Donald Trump. Before the 2016 election, he offered payment of up to $1 million for video or audio recordings of Trump engaging in illegal or “sexually demeaning or derogatory” activity.

In 2017, Flynt offered a $10 million reward for evidence that would lead to Trump’s impeachment, and in 2019 Larry Flynt Publications sent a Christmas card to some Republican congressional members that showed Trump lying dead in a pool of blood, with the killer saying, “I just shot Donald Trump on Fifth Avenue and no one assassinated me.” It was a reference to Trump’s boast that he could do the same and not lose any votes.

Although Flynt often disgusted the masses, he became an unlikely poster boy for First Amendment causes, who even supporters of the same issues weren’t sure what to make of.

“If I can leave any kind of legacy at all, it will be that I helped expand the parameters of free speech,” he told the Los Angeles Times in 1998.

During the 1998-99 impeachment of President Bill Clinton, he threatened to expose lawmakers’ sexual exploits. Saying he only wanted to unmask the hypocrisy of the investigation, he offered huge sums for material that could be verified and published in Hustler. His efforts at the time hit former Reps. Bob Livingston — who was expected to become House speaker before Flynt threatened to expose his affairs — and Bob Barr.

Over the years, he vastly expanded his business into the internet and the adult movie industry, noting the inroads they made into his magazine sales.

“You can see more on cable and satellite today than you could see in what I published in 1974,” Flynt told The Associated Press in 2003.

He ran away from home and joined the Army at 15, but when military officials learned his true age they discharged him. Undeterred, Flynt enlisted in the Navy and served until 1964.

Divorced twice by age 21, he eventually found his calling by buying bars and turning them into Hustler clubs that featured topless dancers. In an effort to drum up business, he published a newsletter that became Hustler magazine.

Unlike the more subdued Playboy and Penthouse, Hustler featured raw imagery and biting cartoons. It showed female genitalia and shocked readers with a 1978 cover depicting a woman being fed into a meat grinder. Pictorials sometimes featured S&M and bondage scenes with women tied and gagged.

Flynt offered large sums of money to famous women to pose naked, and although they turned him down he did manage to publish a photographer’s nude sunbathing photos of former first lady Jacqueline Kennedy Onassis.

His magazine became a lightning rod for anti-pornography groups and drew the ire of Cincinnati attorney Charles Keating, who helped get Flynt sentenced to 25 years in prison for selling Hustler. The conviction was thrown out, but it helped form the cornerstone of subsequent legal battles.

During one of those battles Flynt announced in 1977 that he had become a born-again Christian with the help of former President Jimmy Carter’s sister, Ruth Carter Stapleton. He promised his magazine would still feature nudity but become more tasteful.

His religious revival was short-lived. While he was involved in an obscenity trial in Georgia in 1978, Flynt was shot twice by white supremacist Joseph Paul Franklin, who said he was incensed by a magazine’s mixed-race photo layout.

Prosecutors decided not to try Franklin, who was executed in November 2013 for a 1977 slaying outside a suburban St. Louis synagogue.

Ironically, Flynt was one of the most vocal opponents of executing Franklin, saying that while he hadn’t forgiven him, he didn’t think capital punishment was the solution.

In chronic pain, Flynt gave up Christianity and embraced alcohol and pain killers. He and his fourth wife, Althea, moved to Los Angeles and spent most of their time behind their mansion’s 5,000-pound steel door. Althea, who became addicted to heroin and contracted the AIDS virus, drowned in their bathtub in 1987 at age 33. Her death was ruled accidental.

“Althea was the best thing that ever happened to me,” a disconsolate Flynt said at the time.

A sober Flynt eventually returned to work, pain eased by surgery, and he tooled around his office in his signature gold-plated wheelchair. With a gruff voice but otherwise friendly demeanor, he rarely missed an opportunity to promote himself.

Among his many legal battles was a dispute that erupted in 1983 when he said he obtained an FBI tape related to a drug sting involving carmaker John DeLorean. He was found in contempt of court for screaming profanities at federal judges, and served several months. The charge was eventually overturned on appeal.

Flynt also had a second run-in with authorities in Ohio in the late 1990s. He and his brother, Jimmy, who owned a store in Cincinnati, were indicted on obscenity and conspiracy charges. The store paid a $10,000 fine and agreed to stop selling X-rated videos as part of a plea agreement.

He also had legal run-ins with his brother and nephews over the years. In one action he claimed the nephews were producing inferior films under the Flynt name that were an embarrassment to him. 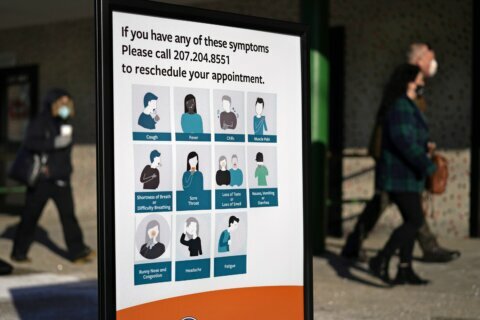