PITTSBURGH (AP) — Federal prosecutors on Wednesday appealed the release of a Pennsylvania woman accused of using a large pipe to break a window in the U.S. Capitol on Jan. 6. and giving directions to fellow insurrectionists about how to take the building.

A magistrate found that Rachel Marie Powell — who the FBI says is the woman in a pink hat shown in video shouting instructions through a bullhorn — poses a “danger to the community,” but that she could be released on $10,000 unsecured bond with home detention and electronic monitoring.

U.S. Magistrate Judge Lisa Pupo Lenihan issued the ruling after Powell’s detention hearing on Tuesday, but delayed her release to give the government time to appeal.

Prosecutors said Powell should remain locked up before trial.

Powell, a 40-year-old mother of eight from Sandy Lake, is a “leading participant in the most violent insurrection to occur at the U.S. Capitol in over 200 years,” and “fueled a situation that threatened the peaceful transfer of power in the United States,” federal prosecutors wrote Wednesday.

Powell’s attorney, Michael Engle, argued in court that Powell does not have a criminal record, does not pose a flight risk and did not physically harm anyone during the insurrection.

An FBI affidavit said that Powell was with a group inside the Capitol and provided detailed instructions on the building’s layout, telling rioters that “they should ‘coordinate together if you are going to take this building.’” Powell also noted that they “have another window to break,” the affidavit said.

“She was no onlooker; she perpetrated violence and encouraged others to do the same — all aimed at overcoming law enforcement, intimidating public officials, and undermining the Constitution and the peaceful transfer of presidential power,” prosecutors said Wednesday.

Authorities said a search of Powell’s house turned up several smashed cellphones and two “go bags,” one with ammunition, rope and duct tape and the other with throwing stars, knives and lighters. A bag found in Powell’s car had a tarp, zip ties and two loaded magazines for an AK-47 rifle, authorities said.

Powell has been charged with violent entry or disorderly conduct, obstruction, depredation of government property, entering a restricted building and being in that building with a dangerous weapon. 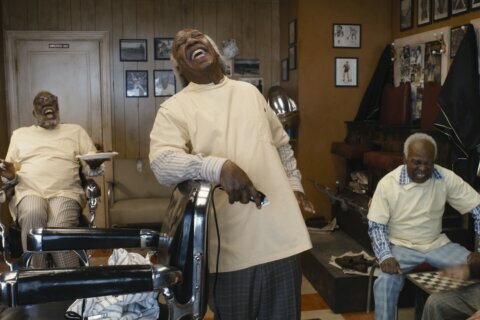 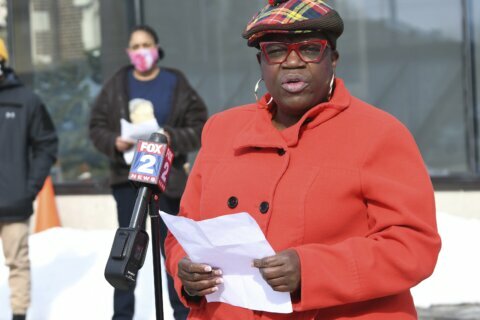