HAMILTON, Ga. (AP) — A western Georgia prosecutor says he will seek to indict a former police chief and officer for violating their oaths of office after body camera footage showed them making racists comments before a Black Lives Matter march in June.

Hamilton Chief Gene Allmond resigned and Sgt. John Brooks was fired Jan. 25 after a part-time city employee found the footage while checking the body cameras and showed it to officials in the town north of Columbus. The video shows the two using racial slurs, speaking negatively about Blacks and about slavery, among other things.

“The thing that sticks out with me, I think, is you have an issue with violation of oath,” Jones told WRBL-TV. “They are officers sworn to uphold and defend the Constitution. And not be influenced by racial bias.”

Jones said a grand jury in May could decide on charges. The prosecutor has already requested copies of the signed oaths, personnel files and operating procedures, Hamilton City Attorney Ron Iddins told WTVM-TV.

The city and Jones will review criminal cases where Allmond filed charges.

“In the absence of an arresting officer, then a determination has to made by the court to dismiss, or continue,” Iddins said.

Jones, who campaigned on police reform and related issues, said he wants to block Allmond and Brooks from being rehired as officers. Records show the two were officers in Columbus before being hired in Hamilton.

“I want answers and I want assurances that they will never practice policing ever again. Never, anywhere,” Jones said. 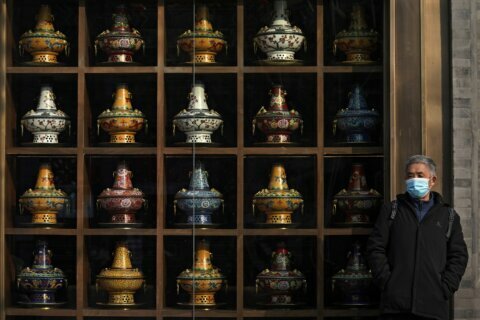