The lawsuit filed in federal court in the District of Columbia alleges that Lindell ignored repeated warnings from Dominion, a voting technology company that has filed similar lawsuits against Donald Trump lawyers Rudolph Giuliani and Sidney Powell.

Dominion accuses Lindell of repeatedly telling what the lawsuit labels the “Big Lie” that the company used its technology to steal the election from Trump.

“No amount of money can repair the damage that’s been done by these lies, which are easily disproved. Hundreds of documented audits and recounts have proven that Dominion machines accurately counted votes. We look forward to proving these facts in a court of law,” the lawsuit says.

Lindell, known as the “MyPillow Guy” from his TV commercials, told The Associated Press that he welcomed the lawsuit and said the discovery process will prove him right.

“It’s a very good day. I’ve been looking forward to them finally suing,” said Lindell, who went to the White House to promote his theories in the final days of the Trump administration.

There was no widespread fraud in the election, which a range of election officials across the country including Trump’s former attorney general, William Barr, have confirmed. Republican governors in Arizona and Georgia, key battleground states crucial to President Joe Biden’s victory, also vouched for the integrity of the elections in their states. Nearly all the legal challenges from Trump and his allies were dismissed by judges, including two tossed by the Supreme Court, which includes three Trump-nominated justices.

Lindell took umbrage at being repeatedly accused in the lawsuit of telling the “Big Lie” — noting that the expression was coined by Adolf Hitler. “The Big Lie here is the big lie,” Lindell said. “They’re the big lie.”

Lindell stood by a long video amplifying his claims that he released Feb. 5 and said he recently posted a 20-minute version.

This is the third defamation lawsuit that Dominion has filed against its accusers. At a news conference, Dominion CEO John Poulos said “it is by no means the last.” He said the company was also looking at the actions of various news organizations in the aftermath of the election.

Poulos and Dominion lawyer Megan Meier alleged that Lindell didn’t really believe that the election was stolen from Trump.

“He knew that lying about Trump’s loss would be good for MyPillow’s bottom line,” Meier said.

They disputed Lindell’s claims that he has lost money for standing by his claims, and said they looked forward to examining MyPillow’s finances as part of the legal proceedings.

“MyPillow’s defamatory marketing campaign — with promo codes like `FightforTrump,’ ‘45,’ ‘Proof’ and ‘QAnon’— has increased MyPillow sales by 30-40% and continues duping people into redirecting their election-lie outrage into pillow purchases,” the lawsuit alleges.

Lindell said MyPillow did get a brief surge in sales. But he said more than 20 retailers have now dropped his products, including Bed Bath & Beyond and Kohl’s, and noted that Twitter permanently banned him and MyPillow. 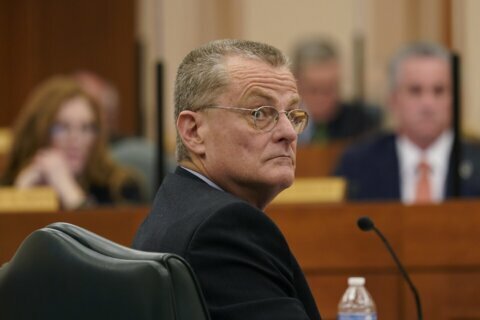