COLUMBUS, Ohio (AP) — The fired Ohio police officer charged with fatally shooting Andre Hill posted bail and was released from jail Tuesday hours to an audience of protesters after a judge reduced his bond from $3 million to a third of that.

Former Columbus police Officer Adam Coy was freed in the afternoon from the Franklin County jail where he was being held on charges, including murder, in the December shooting death of 47-year-old Hill, who was Black.

Hill was shot as he emerged from a garage holding a cellphone with his left hand and his right hand not visible.

A video posted by The Columbus Dispatch shows Coy being escorted out of the jail while several protesters yelled, “Convict that killer cop.”

Earlier in the day, Franklin County Judge Stephen McIntosh lowered the bond during a hearing for Coy, who is white, to $1 million after the defense argued $3 million was unconstitutional.

The bond was posted by a bonding company, which traditionally requires 10% of the total.

The judge ordered Coy’s passport to be surrendered and for him to have no contact with law enforcement officers associated with the case as a condition of the reduced bond.

Collins had offered to surrender his client’s passport in the motion filed Sunday “should this court believe surrendering the passport would bolster his already proven track record of not being a flight risk.”

In addition to one murder charge, Coy, a 19-year member of the force, also is charged with counts that include failure to use his body camera and failure to tell another officer he believed Hill presented a danger.

He pleaded not guilty to all four charges Friday. He was fired from his job Dec. 28.

Collins had told reporters last week that he was planning to file a motion for bond reconsideration, citing the amount as inappropriate in comparison to the bail set in the cases of other on-duty police killings in the past year.

“Even the officer in the George Floyd case was given a $1 million bond, and this case is nothing like that in any way, shape or form,” Collins said after the Friday hearing. “Our client had a good faith basis to believe that the individual had a silver revolver and he responded. He’s done everything that’s been asked of him. And this $3 million bond is just what we feel inappropriate.”

The defense attorney made the case in the filing that Coy has no past criminal history, has lived most of his life in Ohio, and did not flee while knowing for weeks that charges were coming.

Coy, 44, was arrested last Wednesday after a Franklin County grand jury indicted him following a monthlong investigation by the Ohio Attorney General’s office into the fatal shooting. Collins said his client has voluntarily complied with state investigators from the beginning and voluntarily surrendered himself to law enforcement shortly after being indicted.

During the initial hearing Friday, the attorney general’s office, which is prosecuting Coy, had argued that the high bond was necessary due to the sensitiveness of the case. 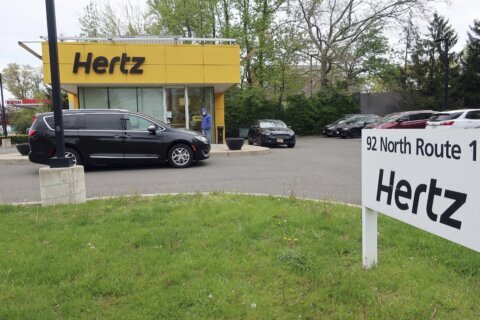