Amid rising seas, ‘dry’ resort is wetter than it likes 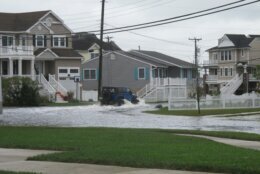 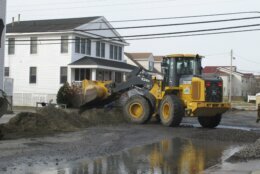 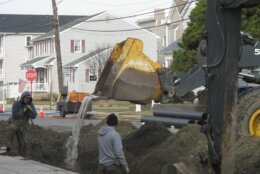 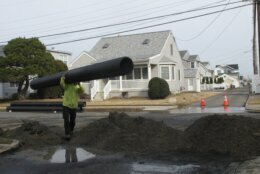 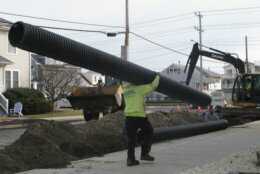 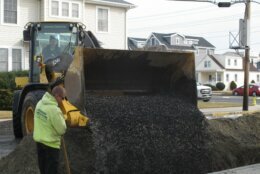 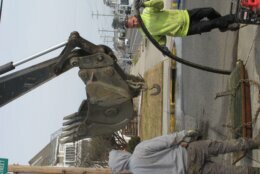 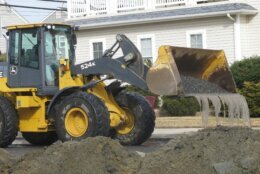 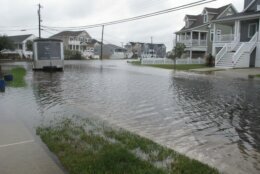 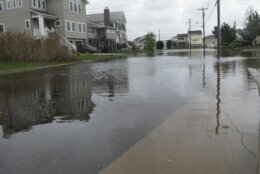 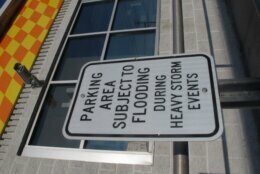 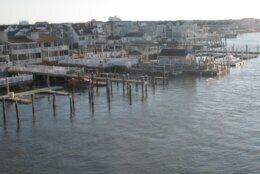 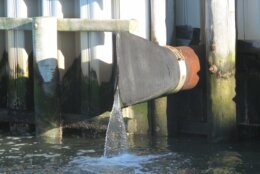 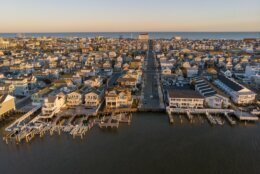 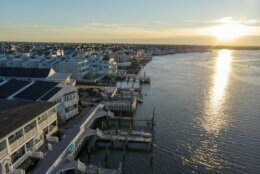 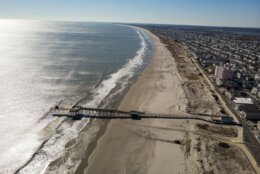 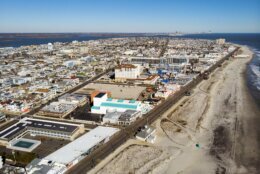 In 1879, four Methodist ministers established a Christian seaside resort here with a permanent ban on the manufacture and sale of alcohol — a prohibition that remains to this day.

But numerous times a year, Ocean City is among the the wettest dry towns you’ll ever see.

The city of more than 11,000 year-round residents that calls itself “America’s Greatest Family Resort” and draws throngs of vacationers from Philadelphia and its suburbs is dealing with the costs of sea level rise, both monetarily and in disruptions to daily life.

From 2014 through 2025, the city will have spent more than $87 million on flood control and drainage projects — costs that require borrowing money to be paid off over many years.

But that’s only part of the price of living amid rising sea levels. Since 1995, Suzanne Hornick’s family has lost three cars to floods that inundate the streets — and many vehicles parked on them.

“Every year it gets worse, more frequent and deeper flooding,” she said. “There are times we can’t get in or out of our houses. We have to arrange doctor appointments and grocery shopping around tides. It’s part of living here.”

None of this is unique to Ocean City. It’s a common refrain among coastal residents around the country who find themselves living nearer to the water than they once did. And it’s expensive.

In December, Florida’s Monroe County, with its low-lying keys, estimated it would take $1.8 billion to raise just half the roads that need it. They are considering a special property tax assessment of up to $5,000 a year for 30 years to help pay for it. So-called “sunny-day flooding” caused by rising tides is common in and around Miami.

Boston thinks it will need $2.4 billion over the next few decades to stay dry. Charleston, South Carolina calculated it needs at least $2 billion in drainage projects. And federal engineers have recommended a $1.4 billion sea wall to protect just part of Norfolk, Virginia’s coast.

Nationwide, the Center for Climate Integrity and Resilient Analytics predicts it will cost $400 billion over the next 20 years to protect vulnerable coastal communities in 22 states.

A barrier island with the ocean on one side and the Great Egg Harbor Bay on the other, Ocean City has been dealing with flooding for years.

The latest five-year plan will cost $25 million for six projects, making flooding an annual expense that has to be budgeted, like road salt or police overtime.

“It has to be done,” said Mayor Jay Gillian. “You can’t wait on this. If you do, it winds up costing the taxpayers double and triple.”

And some remedies are spurring additional costs. Frequent replenishment by the federal government of the ocean beaches, so vital to attracting millions of visitors annually, has created an unexpected expense for a local fishing club whose pier once jutted over the water.

Now, with wider beaches, the pier is often high and dry. Club members recently agreed to spend $500,000 to extend it over the water again.

Baked into these costs is a realization: risings seas and more frequent flooding from climate change are here to stay.

“We are in the business of flood mitigation, not flood elimination,” said George Savastano, Ocean City’s business administrator. “When the tides come up high enough, and the storms are strong enough, we’re going to flood, no matter what we do.”

When the streets are flooded, vehicles sometimes kick up wakes that slam water into house foundations and into garages. Lawns and landscaping saturated by salt water flooding die.

Last year, Albert Grimes had to wade through water up to his knees four times to get into and out of his house.

Resident Jake DeVries says a good pair of hip waders is a must to live in his section of town, along with faithful checking of tide charts whenever a storm is forecast. That way he’ll know when it’s time to move his car to the grocery parking lot on higher ground.

When a storm’s coming, liquor stores on the mainland just over the bridges that lead to Ocean City are bustling, as the “dry” town stocks up for what could be several days indoors.

Robert Jackson, who moved to Ocean City a year ago, said flood waters have lapped at his front doorstep “probably 14 times” already.

“We’re completely trapped at any given moment,” he said. “There was water at least three feet deep at least a half-dozen times this summer.”

Tom Herrington, associate director of the Urban Coast Institute at Monmouth University, studied the impact of sea rise and flooding on one of the two main routes into Ocean City, Roosevelt Boulevard. The roadway currently floods about 24 times a year, he said. By 2050, however, Herrington predicts it will flood 100 to 125 times annually.

With climate change, global sea levels are rising about an inch (2.5 centimeters) every eight years, according to Rutgers University researchers. They predict seas off New Jersey will rise 1.4 feet (0.4 meters) by 2050.

Groundwater is so close to the surface in Ocean City that tides alone can cause “sunny day flooding” in parts of the city. The land also is slowly settling, like it is in many flood-prone coastal areas.

As seas continue to rise, the question arises: when would it be more prudent to simply stop fighting the inevitable, and pull back from the most vulnerable parts of the coast?

But here as in many coastal resorts, officials and residents tend to agree the land is simply worth too much to abandon. Ocean City’s land and buildings are worth $12 billion.

“You can’t do a managed retreat here,” said Suzanne Hornick, whose family lost three cars. “Never going to happen. People are just not going to let this place disappear into the sea. They’ll continue to dredge the bay and put more sand on the beach. It’s just going to become a more expensive proposition each year.” 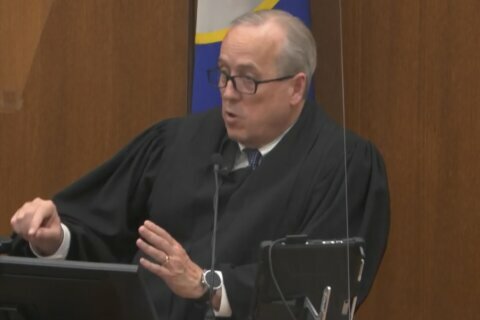