The charges followed a monthslong internal investigation into use of force incidents in the northern part of the state — a probe begun amid mounting scrutiny of the agency’s Troop F, which patrols the Monroe area and the surrounding parishes.

Federal authorities separately are investigating troopers from the same troop in the 2019 case of Ronald Greene, a Black man whose death in State Police custody still has not been explained. An attorney for Greene’s family has said that body-camera footage — which the state refuses to make public — shows troopers choking and beating the man, repeatedly jolting him with stun guns and dragging him face-down across the pavement.

One of the four troopers arrested Monday, Dakota DeMoss, 28, also was involved in Greene’s arrest and the high-speed chase that prompted a federal civil rights investigation.

He and two other troopers, George Harper, 26, and Jacob Brown, 30, face state charges of simple battery and malfeasance in office in connection with a May 2020 police chase in Franklin Parish.

All three troopers used excessive force while handcuffing a motorist who exited a vehicle and “immediately laid on the ground in a compliant position,” State Police said in a news release. They also are accused of turning off their body cameras.

Brown is charged with falsifying use of force and arrest reports and failing to “indicate and provide video evidence,” according to the news release.

It was not immediately clear whether the troopers had defense attorneys who could comment on the allegations.

State Police also booked Brown on new charges in a July 2019 drug arrest that followed a traffic stop on Interstate 20 in Ouachita Parish.

Brown and another trooper, Randall Dickerson, 34, used “excessive and unjustifiable force on the handcuffed driver, deactivated body worn cameras and reported untruthful statements regarding the alleged resistance by the suspect,” State Police said in the news release.

Brown had been arrested in December on battery and malfeasance charges in yet another incident involving a man who says authorities followed him to his house, dragged him from his car and beat and kicked him, breaking his ribs.

The newly appointed State Police superintendent, Col. Lamar Davis, said that unjustified use of force is “inexcusable and tarnishes the exemplary work of our dedicated men and women.”

“Although we once again face a situation that will undoubtedly bring negative public attention to our agency, we must remain committed to holding each other accountable,” he told rank-and-file troopers in an internal email obtained by The Associated Press. 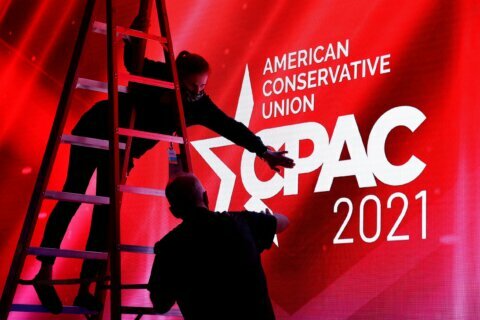