LOS ANGELES (AP) — If you’re someday in need of a plus-one to liven an unpromising party, consider Amber Ruffin. In fact, skip the party and just hang with Ruffin, whose weekly comedy show is proving her to be excellent company.

Ruffin’s exuberant charm can and should lure you in to Peacock’s weekly “The Amber Ruffin Show,” but expect humor that’s incisive and impressively deft, including on race, politics and the sunny side of life, such as it is.

A memorable moment from Ruffin’s show last fall was a lullaby she sang oh-so-sweetly: “The sun has set, it’s time to go to bed. Brush your teeth and rest your sleepy head. When you wake in the morning, you’ll rise and do your best. Then in November, your vote will be suppressed.”

Trained in improv and a writer on NBC’s “Late Night with Seth Meyers” since 2014, Ruffin was ready for her star turn on Peacock: The streaming service ordered 10 additional episodes of the weekly show that debuted last fall, with new half-hours released on Fridays.

Ruffin easily shifts from “wildly silly to incredibly insightful and moving,” Meyers said. “There are very few people that can swing back and forth as ably as Amber can, and that’s been on full display on our show and even more so on hers.”

Tarik Davis, her longtime comedy partner and an actor and singer, is Ruffin’s game sidekick through jokes, skits and duets.

The Omaha, Nebraska, native spoke with The Associated Press about her start in entertainment, how she and other Black women are making their mark, and the book Ruffin wrote with her sister, Lacey Lamar, about routine brushes with racism — and yes, “You’ll Never Believe What Happened to Lacey” is funny as well as eye-opening. The interview has been edited for clarity and length.

AP: What pulled you out of your hometown and to Chicago to pursue a career in comedy?

Ruffin: I used to improvise in Omaha and it was very fun, and we would go to Chicago to do the Chicago Improv Festival, which was a big deal. You set to see real improvisers you only ever heard stories about. So one year I’m there and Charna Halpern, who runs the iO Theater in Chicago, said, ‘If you move here, you’ll have a full-time job within a year.’ And she was right, I did.

AP: Did you know what your ultimate goal was?

Ruffin: Everything that happens to me is a surprise. I did not see myself ever going to New York. And when I got this job writing for Seth, I knew people wrote for late-night shows, but you just don’t hear a lot about that and certainly don’t hear about Black people doing it, so it just didn’t occur to me that it was a thing. Then when I got this job, I thought, ‘Oh, I’m just never going to know what is the next thing.’ I don’t try to guess and I don’t try to plan anything. But I have to be trying to do a very good job, because it seems like that what’s driving everything is my working hard and hopefully doing a good job.

AP: Amid demands for diversity, a number of Black women are coming into their own as successful writers, producers and performers, including you, Robin Thede and Issa Rae. Why do you think that’s the case?

Ruffin: Most of the Black women I know take care of what is wrong, and no matter what their job is, they’re doing four people’s jobs. They’re always making sure that everything’s taken care of, and when no one else will do it, it falls to us. I think once people started hiring Black women to write on shows, they realized we won’t just take care of the things you asked us to hand in. We’ll produce the (expletive) out of stuff. I think people are slowly realizing that is Black women behavior, and then once you put some money behind it, whoa, baby, we’ll do all the work.

AP: Your sister has made a habit of keeping notes on her encounters with racism, at work and elsewhere. How did you decide that would make for a book?

Ruffin: When something racist happens to her, she calls me on the phone, and she’ll be telling the story and I’ll be doubled over laughing and crying because it’s hilarious. That’s everybody who gets discriminated against, like when you were talking to your boss and he couldn’t stop looking at your boobs. I was on my way for a meeting about doing a book and Lacey called and said, ‘You will never believe this. We got T-shirts at work because we met our goal, and all the supervisors except for me are white and almost everyone else is Black, and the shirts say “#Wewinnin.”

AP: What would you like readers to take away from her experiences?

Ruffin: I hope they look back at what society is and what workplaces are and go, ‘I’ve helped create a place where stories like these aren’t welcome.’ 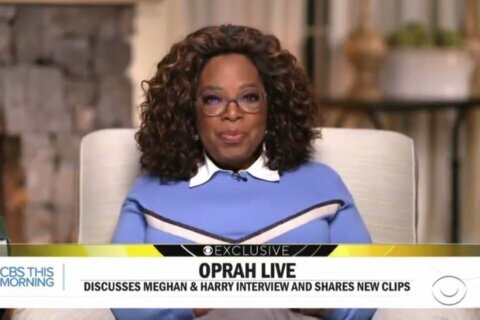 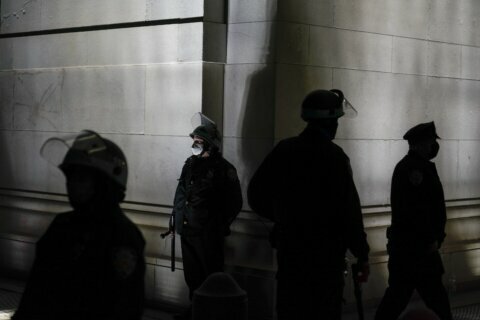 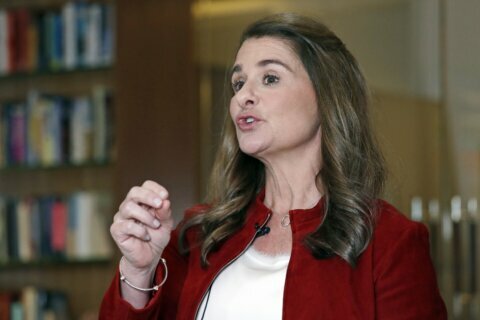