A watchdog agency for the U.S. Census Bureau says that proper information-technology security safeguards weren’t in place leading up to the start of the 2020 census last year, but the statistical agency disputes some of the findings and says no data was compromised.

There were a significant number of IT risks that remained open before the start of the head count of every U.S. resident that determines how many congressional seats and Electoral College votes each state gets, as well as the distribution of $1.5 trillion in federal funding each year, according to the report issued last week by the Office of Inspector General.

The Census Bureau was able to remedy some of the security deficiencies after they were pointed out by the Office of Inspector General, and others were corrected right before most U.S. residents began answering the 2020 census questionnaire in March, the report said.

“The integrity of census data is crucial,” the report said. “If population numbers were manipulated, representation in the House of Representatives and federal money distribution could be disproportionately distributed.”

In a response, the Census Bureau took issue with that statement, saying there had been no loss or compromise of data and that the gaps identified by the Office of Inspector General were fixed before most households began responding in March.

The 2020 census was the first once-a-decade count in which respondents were encouraged to answer the questionnaire online, though they could also respond by mail or telephone. About two-thirds of households self-responded, while the remainder required visits for interviews from census takers. 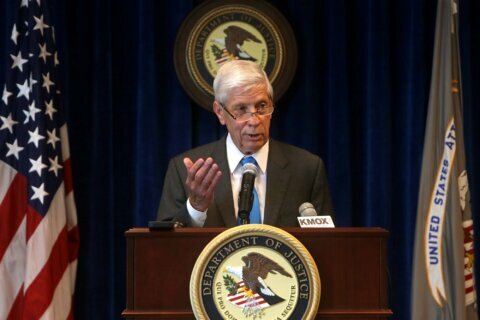