UNITED NATIONS (AP) — The head of the U.N. peacekeeping mission in Central African Republic warned Thursday that the country risks a setback in efforts to restore peace because of rebel attacks and called for “a substantial increase” of U.N. peacekeepers to protect civilians and ensure delivery of humanitarian aid.

Mankeur Ndiaye told the U.N. Security Council that a new coalition of rebel groups known as the Coalition of Patriots for Change has launched an offensive attacking “any display of state power, whether it be officials or members of security forces.” He said ambushes by coalition fighters have killed seven U.N. peacekeepers in recent weeks.

“The situation is tense on the ground,” he said, and there has been an escalation of violence that preceded the Dec. 27 presidential election, which saw the re-election of President Faustin Archange Touadera.

Former President Francois Bozize and his allies have been accused of inciting the violence, which erupted after the constitutional court rejected his candidacy in December.

Last week, rebels opposed to Touadera’s re-election tried to invade the capital, Bangui, the first attack of its kind in nearly eight years. Security forces backed by U.N. peacekeepers ultimately repelled the attack, which was blamed on Bozize and his allies.

The mineral-rich Central African Republic has faced deadly inter-communal fighting since 2013, when predominantly Muslim Seleka rebels seized power from Bozize after long claiming marginalization. Resistance to Seleka’s rule eventually led to Muslims being targeted en masse, with some beaten to death, mosques destroyed and tens of thousands forced from the capital in 2014.

Ndiaye told the council that the armed groups “seem to be ever more aggressive on the ground,” and “the situation is aggravated by a weak chain of command” in the country’s security forces.

“We need … a substantial increase of uniformed troops in the (U.N.) mission,” Ndiaye said. “The police and the penal administration must be strengthened in order to give us greater mobility.”

He said the U.N. force, known as MINUSCA, “has a limited response capability” and lacks drones, attack helicopters and the ability to bolster special forces. “And this affects our capacity for action and rapid reaction,” he said.

In his remarks to the council, Ndiaye didn’t mention how many additional troops he seeks for MINUSCA. But in his written statement circulated by the U.N. he said that to meet the new threat he needs 3,000 more peacekeepers, which would raise the ceiling for peacekeepers to 14,650. 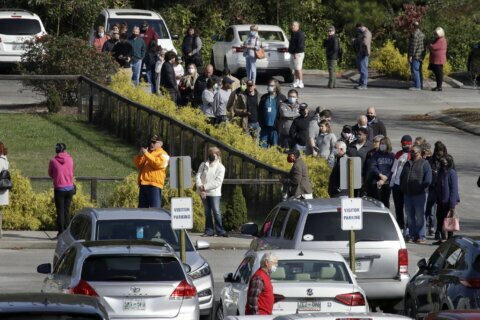