MEMPHIS, Tenn. (AP) — Already facing allegations of stealing more than $600,000 in federal funds from a health care school she directed, a Tennessee state senator has been charged in a new fraud case, the U.S. attorney’s office in Memphis said Tuesday.

Democrat Katrina Robinson and two other people have been charged in a complaint with conspiracy to commit wire fraud and money laundering, about six months after Robinson was indicted on federal charges that she used grant money earmarked for health care worker training to pay for her wedding and honeymoon, a Jeep Renegade for her daughter, her children’s snow cone business, and other things.

In the case disclosed Tuesday, prosecutors said Brooke Boudreaux, an associate of Robinson, convinced someone to pay $14,470 in tuition to the school Robinson runs in Memphis on Boudreaux’s behalf. Robinson, Boudreaux and a third person then split the money among themselves, prosecutors said.

Boudreaux was never a student at the school, prosecutors said.

Robinson has pleaded not guilty in the earlier case, which is awaiting trial. In the new case, Robinson’s lawyer, Janika White, said Tuesday that “we are surprised that the federal government would attempt to turn a small monetary transaction into a federal offense.”

“Ms. Robinson denies that there was anything wrong or illegal with the transaction and further denies that she was aware of any illegal activity connected to it,” White said in a statement.

The Associated Press could not immediately determine if Boudreaux has a lawyer who could comment.

Robinson, a Democrat elected to the General Assembly in 2018 from a Memphis district, is the director of The Healthcare Institute, which provides training for health care industry jobs, prosecutors said.

The Memphis-based school received more than $2.2 million in federal grants from the U.S. Department of Health and Human Services. The FBI said Robinson took $600,000 from the school’s operating account.

If convicted, Robinson faces a possible sentence of up to 20 years in federal prison in each case. Robinson would be up for reelection in 2022. 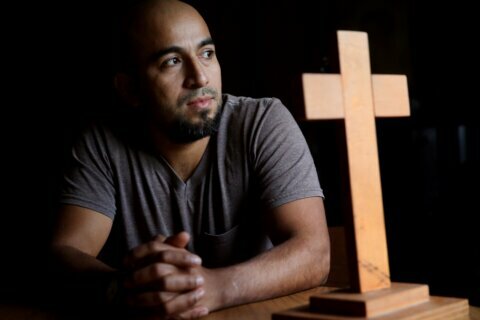