COLUMBIA, S.C. (AP) — A small plane crashed into a neighborhood in dense fog and set a home on fire Wednesday near an airport in South Carolina’s capital city, authorities said. A woman inside the home apparently escaped injury from the crash, but there was no immediate word on the fate of people in the plane.

The single-engine Beechcraft BE-33 crashed just before 11 a.m., about a mile from the Jim Hamilton–L.B. Owens Airport, which handles non-commercial airplanes in Columbia, authorities said.

The plane hit nearby trees, then struck the roof of the home before slamming into the ground, Columbia Fire Chief Aubrey Jenkins said. The impact left a large hole in the home’s roof and firefighters were able to control the blaze within minutes, the department said.

Jenkins said he did not know if the plane was on fire before the crash.

Richland County Coroner Naida Rutherford was at the scene in the Rosewood section of Columbia, but would not immediately say if anyone died.

Columbia Police Chief Skip Holbrook asked anyone living in the area to share personal home surveillance footage from security cameras that might have captured the crash.

A neighbor said the woman inside the home and the rest of the people in the community appeared to be OK.

The woman had just remodeled her home and was worried about making sure her three cats had a safe place to stay, Amy Koon said.

The neighborhood hears plenty of planes fly over, she said.

“I’m outside a lot, you’ll hear planes and they sound like they’re starting to sputter, and you’re thinking, ‘oh God,'” said Koon, a lifelong resident of the area. “But I just, even back to my childhood, I don’t ever remember planes going down here.”

The plane appeared to be trying to land at the airport, and investigators did not immediately know where the flight originated, Jenkins said.

Federal investigators were on their way to the crash site, authorities said.

The plane involved was a single-engine Beechcraft BE-33, according to Kathleen Bergen, spokeswoman for the Federal Aviation Administration.

According to FlightAware, a five-seat, 1973 Beechcraft BE-33 took off from an airport in downtown Greenville earlier Wednesday and had been slated to arrive at Owens Field at 10:43 a.m. The website shows the plane registered to Enviro-Tec Air LLC out of Wilmington, Delaware.

As is standard, Bergen said the National Transportation Safety Board would be in charge of the investigation and would determine the probable cause of the crash.

Fog lowered visibility around the airport to a quarter-mile (400 meters) at the time of the crash, according to National Weather Service data. 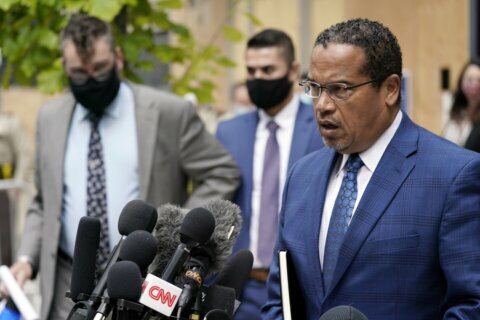