Prosecutor hands off case against Atlanta officers in death

ATLANTA (AP) — The new prosecutor in Georgia’s most populous county is removing her office from the prosecution of the…
Listen now to WTOP News WTOP.com | Alexa | Google Home | WTOP App | 103.5 FM

ATLANTA (AP) — The new prosecutor in Georgia’s most populous county is removing her office from the prosecution of the police officer who shot and killed Rayshard Brooks last summer in Atlanta, citing concerns about her predecessor’s actions.

Fulton County District Attorney Fani Willis sent a letter dated Monday to state Attorney General Chris Carr asking that the cases against the two officers in the Brooks shooting and six officers in another high-profile use-of-force case be handled by another prosecutor.

The other use-of-force case Willis asked Carr to reassign stems from an incident two weeks earlier in which two students at historically Black colleges were pulled from a car in downtown Atlanta traffic during a large protest against police brutality. Howard announced charges against six officers within days.

The charges against officers in both cases were announced as Howard was fighting to keep his job amid a Democratic primary challenge from Willis. Howard’s conduct, “including using video evidence in campaign television advertisements,” may have violated Georgia Bar rules, Willis wrote in her letter to Carr.

She also noted that Carr had asked the Georgia Bureau of Investigation to investigate whether Howard improperly issued grand jury subpoenas in the Rolfe case.

“I believe both matters create sufficient question of the appropriateness of this office continuing to handle the investigation and possible prosecution of these cases that the public interest is served by disqualifying this office and referring the matter to specially appointed prosecutor,” Willis wrote in the letter which was first reported by The Atlanta Journal-Constitution.

The phone at a number listed for Howard rang unanswered Thursday.

Police responded June 12 after receiving complaints that Brooks has fallen asleep in his car in a Wendy’s drive-thru lane. Police body camera video shows two officers having a calm and respectful conversation with Brooks for more than 40 minutes. When the officers told Brooks he’d had too much to drink to be driving and tried to handcuff him, he resisted in a struggle caught on dash camera video. Brooks grabbed a Taser from one of the officers and fired it at Rolfe as he ran away. Rolfe fired his gun and an autopsy found Brooks was shot twice in the back. Both officers’ lawyers have said their actions were justified and both were released on bond.

In the other case, Messiah Young and Taniyah Pilgrim were in a car stuck in downtown traffic on May 30 during protests sparked by the killing of George Floyd in Minnesota when they were confronted by a police officers. Police body camera footage shows officers shouting at the couple, firing Tasers at them and dragging them from the car. Throughout the confrontation, the pair can be heard screaming and asking what they did wrong.

Defense attorney Noah Pines, who represents Rolfe, had asked a judge in July to remove Howard’s office from the case. Howard’s “unethical actions poisoned the entire Fulton County District Attorney’s Office” he wrote in an email Thursday, adding that he was not surprised Willis decided to recuse herself and her office.

“We look forward to the Attorney General appointing a new prosecutor, who we hope will review the GBI report (which we believe is favorable) and dismiss the case against Garrett Rolfe,” Pines wrote.

L. Chris Stewart and Justin Miller, who represent both Brooks’ family and Pilgrim, said in an emailed statement that they were disappointed that the families were not given advance notice of Willis’ decision.

“We are hopeful that Attorney General Carr will quickly reassign the cases to another District Attorney who will then use the full resources of their office to prosecute these officers,” the statement says.

Under Georgia law, Carr can assign the cases to another prosecutor. He can also have his office handle the cases or appoint another attorney to serve as a temporary district attorney for those matters. Neither case has been indicted and a new prosecutor will have to decide whether the charges are worth pursuing.

The attorney general’s office received the letter Thursday afternoon and is “awaiting additional information necessary to initiate the process for appointing a substitute prosecutor,” spokesman Shawn Conroy said in an email. 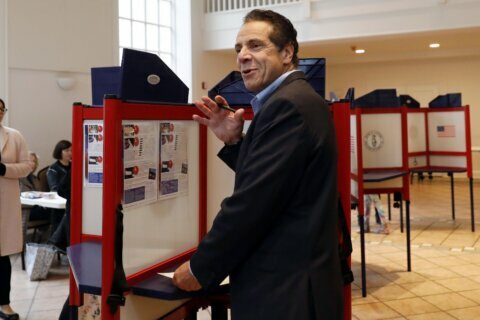 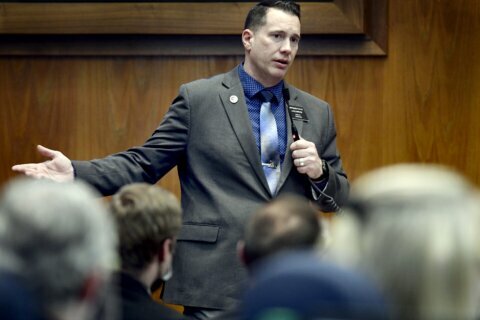