One day after the deadly insurrection in Washington, a Pennsylvania school district announced it was suspending a teacher who, the district asserted, “was involved in the electoral college protest that took place at the United States Capitol Building.”
Listen now to WTOP News WTOP.com | Alexa | Google Home | WTOP App | 103.5 FM

One day after the deadly insurrection in Washington, a Pennsylvania school district announced it was suspending a teacher who, the district asserted, “was involved in the electoral college protest that took place at the United States Capitol Building.”

Three weeks later, Jason Moorehead is fighting to restore his reputation and resume teaching after he says the Allentown School District falsely accused him of being at the Capitol during the siege. The district says Moorehead’s social media posts about the events of Jan. 6, and not just his presence in Washington that day, are a focus of its probe.

The middle school social studies teacher had attended Donald Trump’s “Stop the Steal” rally — at which Trump exhorted supporters to march to the Capitol and “fight like hell” against the election results, which he baselessly claimed were fraudulent — but Moorehead said he was never any closer than a mile and a quarter to the Capitol that day and did nothing wrong.

He said the district’s statement unleashed a torrent of harassment and death threats and damaged his professional standing. Moorehead, who remains suspended with pay, wants district officials to apologize, set the record straight and put him back in the classroom.

“I’ve always believed that for the kids to learn in my class, they have to trust and respect me, and that entire trust and respect has been destroyed,” because people now view him as a “violent extremist,” Moorehead, a 17-year veteran of the district, said in an interview with The Associated Press.

So far, the district, one of the largest in the state with about 16,000 students, is standing its ground.

“The district is fully within its right, as well as its obligation, to investigate the conduct of one of its teachers who might be involved in conduct that could interfere with his role as an effective teacher,” the district’s solicitor, John Freund III, wrote to Moorehead’s attorney.

Freund said in an interview Wednesday that he hopes the probe, which will yield a recommendation about Moorehead’s teaching status, will wrap up soon.

Moorehead, 44, is a Seattle native who came to Pennsylvania for graduate school and never left. Allentown, a diverse, urban district about an hour north of Philadelphia, is the only place he has ever taught.

Moorehead said he is a conservative who traveled to Washington by bus because “I thought President Trump has done a pretty decent job as president. It may have been the last time he was going to have a big rally publicly, and I wanted to experience firsthand what he had to say.”

He said he did not go “trying to promote a lie or a falsehood that (Trump) had the election stolen.”

After the rally, Moorehead said he milled about the Washington Monument and drifted toward the White House in search of a bathroom. At one point, Moorehead posted a selfie of himself on Facebook in a “Make America Great Again” hat and carrying a Revolutionary War-era flag, captioning it: “Doing my civic duty!”

Moorehead also shared a post that said: “Don’t worry everyone the capitol is insured,” appending his own one-word comment: “This.”

Moorehead said he did not know at the time of the post that a mob of Trump supporters had stormed the Capitol. He said he viewed it as a commentary on “the double standard that exists in the media, the hypocrisy … when some protests are supported and explained away and others are not.” He said rioters should be prosecuted.

In a third post, he shared a jokey meme featuring a photo of the bare-chested Arizona man who climbed on the Senate dais wearing face paint and a furry hat with horns: “Wrong on so many levels, but hilarious none the less,” Moorehead wrote.

As Moorehead’s posts began circulating online, some called for his ouster, accusing him of supporting insurrection and showing himself unfit to teach. Concerned residents deluged school district officials with calls and emails, prompting his swift removal from the classroom.

“We understand that many members of our community are upset by the image. At the same time, the district has an obligation to respect the First Amendment rights of our staff and students,” said the Jan. 7 statement from Allentown Superintendent Thomas Parker.

“Because of the emotion and controversy stirred by the events of January 6, 2021, the teacher has been temporarily relieved of his teaching duties until the School District can complete a formal investigation of his involvement,” said Parker’s statement, which did not name Moorehead.

In his letter, Freund, the district solicitor, demanded that Moorehead surrender his district-owned laptop for inspection. Moorehead’s attorney, Francis Malofiy, accused the district of conducting a “witch hunt to try to somehow manufacture a pretextual reason for letting him go.”

Malofiy said the district has defamed his client. A lawsuit is inevitable, he said.

“Every day that goes by is additional damage to his character, to his reputation and to his ability to teach,” Malofiy said.

Moorehead said his home address and phone number have been published, and he and his family are getting threats via email, text and social media. He said he filed a police report this week, put bedsheets on windows that didn’t already have shades, and installed surveillance cameras around the house.

“All of that’s because the district put me at the Capitol,” he said. 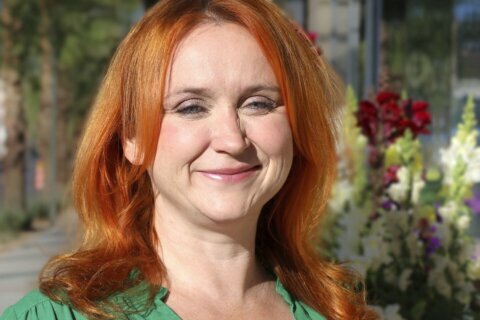