The Texas-based real estate agent who traveled to the January 6 Capitol riots in a private plane was kicked off PayPal Thursday evening after attempting to solicit donations for business losses.

Jenna Ryan, who was arrested last week, asked her Twitter followers for help Thursday afternoon, sharing a link to a PayPal account where supporters could offer a donation. In a tweet, Ryan said, “I am accepting donations to pay legal fees and losses due to my arrest and charges by the FBI” and later claimed she had raised $1,000.

By Thursday evening, PayPal had closed the account, according to Kim Eichorn, a PayPal spokesperson.

“PayPal has a policy to allow fundraising for legal defense purposes,” Eichorn said in an email to CBS News. “PayPal thoroughly reviews accounts, and if we learn that funds are used for anything other than legal defense, the account will be subject to immediate closure. We can confirm that the account in question has been closed.”

Ryan acknowledged that her account was closed Thursday evening in a now-deleted tweet: “Shucky darn I can’t do business with PayPal anymore. What am I gonna do with myself? I think I will survive. Seems like some people want to cancel me because I’m trying to get donations from PayPal. Big Woop.”

On Friday, Ryan was arrested and charged with “disorderly conduct on Capitol grounds” and “knowingly entering or remaining in any restricted building or grounds without lawful authority.”

“I have to go to trial in Washington D.C. for this misdemeanor,” Ryan said on Twitter prior to PayPal closing her account. “I believe I was wrongfully arrested and charged and we have to fight for my freedom and and decl [sic] my name.”

A photo of Jenna Ryan posing outside the Capitol.

Via CBS Dallas/Fort Worth

Ryan is one of more than 125 protesters who have been arrested for federal crimes for participating in the Capitol riots, according to the Program on Extremism at George Washington University. According to charging documents, Ryan posted a 21-minute Facebook video of her walking with a group towards the Capitol building. In a now deleted post, Ryan filmed herself entering the building through the Rotunda and saying, “Life or death, it doesn’t matter. Here we go.”

After the breach occurred, Ryan tweeted, “We just stormed the Capital (sic). It was one of the best days of my life.”

In an interview with CBS News’ Dallas affiliate earlier this week, Ryan unsuccessfully asked former President Donald J. Trump for a pardon, claiming she went to Washington D.C. because she was “doing what he asked us to do.” 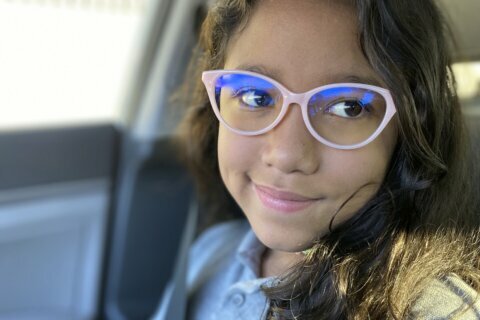