SALT LAKE CITY (AP) — The Church of Jesus Christ of Latter-day Saints condemned “lawless behavior” and the violence of rioters who broke into the U.S. Capitol in a statement Friday that marked the faith’s first public comments since the Jan. 6 attack by pro-Trump loyalists.

Top leaders from the Utah-based faith known widely as the Mormon church said they are concerned about political and cultural divisions in the United States and urged members to set aside partisan differences and follow the teachings of Jesus Christ.

“We should treat one another and all of God’s children with respect, dignity, and love,” the statement said. ”No political or other affiliation should supersede that covenant and sacred responsibility.”

It added: “We condemn violence and lawless behavior, including the recent violence in Washington, D.C. and any suggestion of further violence.”

The statement comes ahead of planned protests by Trump supporters at state capitols around the U.S. including at the Utah Capitol in Salt Lake City, just blocks away from church headquarters.

Religious leaders across the political spectrum, including several staunch supporters of President Donald Trump, have strongly condemned the storming of the U.S. Capitol.

Ralph Reed, a longtime political conservative strategist who heads the Faith and Freedom Coalition, called the violence “an assault on democracy and representative government.” The Rev. Robert Jeffress, pastor of a Dallas megachurch and a close Trump ally, tweeted: “Disobeying and assaulting police is a sin whether it’s done by Antifa or angry Republicans.”

Leaders with The Church of Jesus Christ of Latter-day Saints try to remain politically neutral, declining to publicly back candidates of one political party, but they urged members at a church conference in October to peacefully accept election results no matter the outcome.

Members of the faith have deep-rooted conservative leanings that lead most to vote GOP, including in Utah where the governor and the state’s entire congressional delegation are Republicans.

Trump won Utah in 2016 and 2020 but struggled to gain the same level of support as other Republicans, due in part to his brash style and his remarks about women and immigrants that clashed with the faith’s culture that places a high value on manners, amiability and public diplomacy.

One of the most revered members of the faith is U.S. Sen. Mitt Romney, a Republican from Utah who has clashed with Trump on many issues. Romney blamed Trump for inciting the violent “insurrection” at the Capitol, saying the events occurred “due to a selfish man’s injured pride and the outrage of his supporters whom he has deliberately misinformed for the past two months.”

“We urge all people to remember the precious and fragile nature of freedom and peace,” church leaders said in the statement. “As citizens of the United States look ahead to the Inauguration of a new President, we urge our members to honor democratic institutions and processes, and to obey, honor, and sustain the law.”

The statement comes after the faith added a section to the church’s book of rules warning members to rely on credible information and avoid sources that promote “baseless conspiracy theories.” 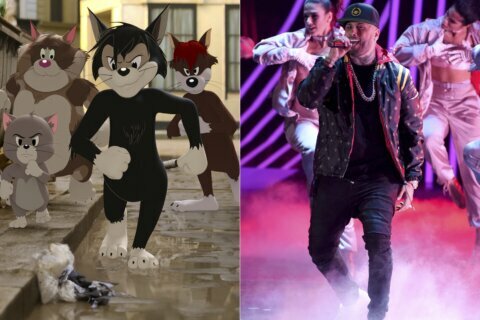