LITTLE ROCK, Ark. (AP) — A federal judge on Friday ordered an Arkansas man accused of beating a police officer with a flagpole during this month’s riot at the U.S. Capitol to remain in jail pending his trial, calling video from the incident “simply shocking.”

U.S. Magistrate Judge J. Thomas Ray ordered the detention of Peter Stager, who was arrested last week in Arkansas on a charge of interfering with law enforcement officers during a civil disorder. Stager was identified as a man beating a Washington police officer repeatedly with the pole flying a U.S. flag after rioters dragged the officer down the Capitol’s west stairs

“It is simply shocking and concerns me deeply,” Ray said toward the end of a roughly three-hour hearing.

Stager was among the supporters of former president Donald Trump who rioted at the Capitol Jan. 6 as lawmakers assembled to certify President-elect Joe Biden’s victory over Trump.

Ray also cited video recorded outside the Capitol after the siege where a man identified as Stager is seen saying the building was “filled with treasonous traitors” and that “death is the only remedy” for police at the Capitol.

“The anger and rage that Mr. Stager manifests in making these threats is terrifying,” Ray said. Ray also suggested Stager could face additional charges for the incident and the threats.

Attorneys for Stager had asked that he be released, with his wife, mother-in-law and boss testifying they had not seen violent behavior from him before.

“The evidence presented as to risk of flight or danger to the community simply isn’t there,” attorney Lauren Elenbaas said.

But prosecutors said even if the incident was a one-time incident, the nature of the beating was enough to warrant his detention.

“Some crimes are so inherently dangerous that you don’t get a second chance,” Assistant U.S. Attorney Stacy Williams said.

More than 120 people are facing federal charges in the Jan. 6 riot that left five people dead. The other cases include another Arkansan who was photographed sitting at a desk in House Speaker Nancy Pelosi’s office. 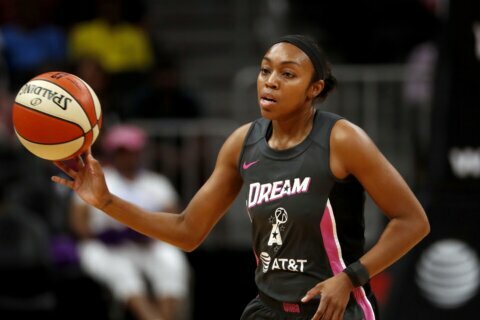 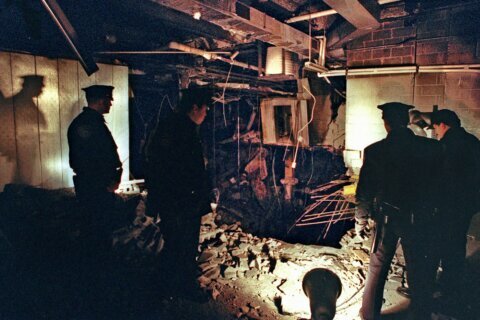