FLINT, Mich. (AP) — The Flint water crisis began in 2014 when the city began taking water from the Flint River without treating it properly, contaminating it with lead.

Here’s a look at some key moments since then:

April 2014: To save money, Flint begins drawing water from the Flint River for its 100,000 residents. The move is considered temporary while the city waits to connect to a new regional water system. Residents immediately complain about the water’s smell, taste and appearance, and they raise health concerns, reporting rashes, hair loss and other problems.

January 2015: Detroit offers to reconnect Flint to its water system, but Flint leaders insist the water is safe.

Sept. 24, 2015: A group of doctors urges Flint to stop using the Flint River after finding high levels of lead in children’s blood. State regulators insist the water is safe.

Sept. 29, 2015: Then-Gov. Rick Snyder pledges to take action in response to the lead levels — the first acknowledgment by the state that lead is a problem.

October 2015: Snyder announces the state will spend $1 million to buy water filters and test water in Flint public schools, and days later calls for Flint to go back to using water from Detroit’s system.

Dec. 29, 2015: Snyder accepts the resignation of Department of Environmental Quality Director Dan Wyant and apologizes for what occurred in Flint.

Jan. 5, 2016: Snyder declares a state of emergency in Flint, the same day federal officials confirm they are investigating. A week later, the Michigan National Guard begins helping to distribute bottled water and filters.

March 23, 2016: A governor-appointed panel concludes that the state of Michigan is “fundamentally accountable” for the crisis because of decisions made by environmental regulators.

April 20, 2016: Two state officials and a local official are charged with evidence tampering and other crimes in the state attorney general’s investigation — the first charges to come from the probe.

Dec. 10, 2016: Congress approves a wide-ranging bill to authorize water projects across the country, including $170 million to address lead in Flint’s drinking water.

Dec. 20, 2016: Schuette charges former emergency managers Darnell Earley and Gerald Ambrose with multiple felonies for their failure to protect Flint residents from health hazards caused by contaminated water. He also charges Earley, Ambrose and two Flint city employees with felony counts of false pretenses and conspiracy to commit false pretenses in the issuance of bonds to pay for part of the water project that led to the crisis.

Feb. 17, 2017: The Michigan Civil Rights Commission issues a report that finds “systemic racism” is at the core of problems that caused the water crisis in the majority Black city.

March 27, 2017: Water lines in Flint homes will be replaced under a landmark deal approved by a judge.

June 14, 2017: Michigan Health and Human Services Director Nick Lyon is accused of failing to alert the public about an outbreak of Legionnaires’ disease in the Flint area that some experts believe resulted from the poorly treated water. He and four others are charged with involuntary manslaughter. The state’s chief medical officer, Dr. Eden Wells, is charged with obstruction of justice and lying to an investigator.

July 19, 2018: A federal watchdog calls on the EPA to strengthen its oversight of state drinking water systems nationwide and to respond more quickly to public health emergencies like Flint’s. The EPA says it agrees with the inspector general’s recommendations and is adopting them “expeditiously.”

April 16, 2019: Todd Flood, a special prosecutor who spent three years leading a criminal investigation of the Flint water scandal, is fired in the fallout from the discovery of 23 boxes of records in the basement of a state building.

June 13, 2019: Prosecutors drop all criminal charges against eight people in the Flint water scandal and pledge to start the investigation from scratch. Solicitor General Fadwa Hammoud, who took control of the investigation in January 2019 after the election of a new attorney general, says “all available evidence was not pursued” by the previous team of prosecutors.

July 29, 2020: The Michigan Supreme Court says Flint residents whose health and homes were harmed can proceed with a lawsuit against officials for decisions that caused the scandal, a crucial procedural step in long-running litigation.

Aug. 20, 2020: A $600 million deal between the state and residents of Flint harmed by lead-tainted water is announced after more than two years of negotiations.

Jan. 12: The AP reports that former Michigan Gov. Rick Snyder, his health director and other ex-officials have been told they’re being charged after a new investigation of the Flint water scandal. 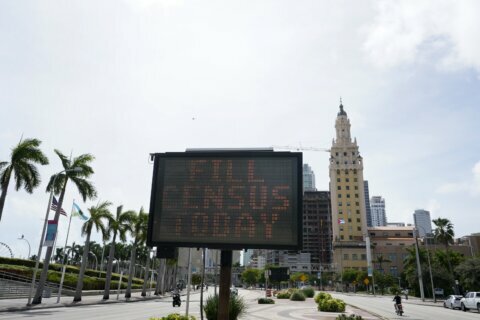