Judge sets May sentencing for Michael Avenatti in Nike case

NEW YORK (AP) — Michael Avenatti will be sentenced in May for his conviction on charges of trying to extort…
Listen now to WTOP News WTOP.com | Alexa | Google Home | WTOP App | 103.5 FM

NEW YORK (AP) — Michael Avenatti will be sentenced in May for his conviction on charges of trying to extort $25 million from Nike, a judge said Monday.

Judge Paul G. Gardephe in Manhattan set the May 7 date for the once fast-rising lawyer known for combative online clashes with President Donald Trump while he represented Stormy Daniels. If it occurs then, it will be more than a year since Avenatti was first set to be sentenced.

Avenatti was convicted early last year of threatening to damage Nike’s reputation if he wasn’t paid millions of dollars.

Free on bail, he has pleaded not guilty to all charges. 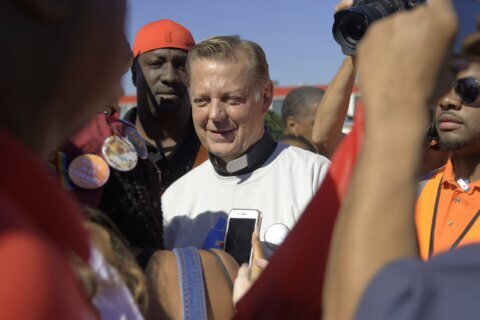