CORONAVIRUS NEWS: What to do, and not do, before and after your first shot | Prince George’s Co. enters new vaccination phase | Latest coronavirus test results
Home » National News » Fight over close race…

Majority Republicans blocked a Democratic incumbent whose victory has been certified from being sworn in because his GOP challenger has disputed the razor-thin election results.
Listen now to WTOP News WTOP.com | Alexa | Google Home | WTOP App | 103.5 FM

HARRISBURG, Pa. (AP) — A bitter dispute erupted on the floor of the Pennsylvania Senate on Tuesday when majority Republicans blocked a Democratic incumbent from being sworn in because his GOP challenger has disputed the razor-thin election results.

Lawmakers were back in the Capitol for swearing-in day when the Senate quickly dissolved into chaos over the Republican challenge that Democrats called a reflection of President Donald Trump’s unprecedented efforts to undo his loss in the Nov. 3 election.

The fight followed weeks of Trump challenging President-elect Joe Biden’s victory in Pennsylvania with baseless allegations of fraud and lawsuits that have repeatedly lost in the courts.

Amid Trump’s full-court press to get GOP members of Congress to overturn Biden’s election, eight of Pennsylvania’s nine Republican members of the U.S. House have signed on to oppose Biden’s electoral votes from the state.

Democrats in the Senate began protesting — in some cases, shouting — when GOP senators signaled they would not seat Democratic state Sen. Jim Brewster of Allegheny County. His election has been certified by the state but is being contested by his Republican challenger, Nicole Ziccarelli.

“There is nothing about this day that is appropriate, nothing, and we are not going to lay down and roll over” because of being outvoted, Williams said. “This is about Pennsylvania, it’s not Democrats or Republicans, it’s not about simply winning. This is about protecting our democracy.”

Democrats say Republicans are stealing the election and committing an unprecedented abuse of their power in the majority, while Republicans say the move to block Brewster is squarely within their constitutional authority to decide who should hold the seat.

Republicans muscled through a motion to remove Lt. Gov. John Fetterman, a Democrat, as the presiding officer for the day, after Fetterman insisted that Brewster be sworn in with the other senators. Republicans then voted through another motion to recognize the election in every Senate contest, except for Brewster’s.

Republicans have not said how long they will take to review Ziccarelli’s election challenge before voting on it, or how long the GOP majority is willing to leave the seat vacant. The open seat does not affect the balance of power in the Senate, where Republicans hold 28 of 50 seats. Republicans also have a large majority in the House.

When it came time for newly elected and reelected Senate Democrats to take the oath of office, Brewster stepped aside to avoid a standoff. Fetterman, who had initially refused to leave the rostrum, subsequently left the chamber.

“I had no desire to ruin picture day,” Fetterman said afterward. “It came down to, there’s got to be a way for both sides to maintain their dignity and we can find a way forward. Unfortunately, that wasn’t the case.”

“When our rules are not followed, chaos takes over,” said the spokesperson, Jennifer Kocher. “We remain committed to conducting the business of the Senate in accordance with the rules and without displays of partisanship and disrespect that we saw today.”

Gov. Tom Wolf, a Democrat, said Brewster is the rightful winner and called the Senate Republicans’ move “a shameful power grab that disgraces the institution.”

“It’s Trumpian in its very essence, because that’s what he’s trying to do in Washington, D.C.,” Hughes said. “Just listen to the tapes of him and the election officials in Georgia. Do you see a similarity? Do you see a connection? Do you see where this all comes together?”

The state House begins the session with 113 Republican seats and 90 Democratic, although one of those GOP districts is vacant because of Saturday’s death of state Rep. Mike Reese, a Westmoreland County Republican. The House held a brief condolence ceremony for Reese, who was 42.

The House swore in members in four groups to limit coronavirus exposure. A few House Republicans did not wear masks to take their oath of office. 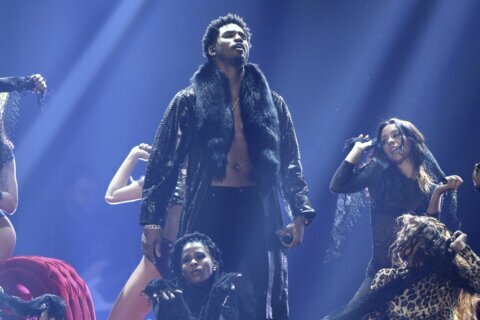