Federal safety officials said Wednesday they stepping up enforcement against unruly airline passengers after confrontations on flights to and from Washington, D.C., around the time of the riot at the U.S. Capitol by supporters of President Donald Trump.
Listen now to WTOP News WTOP.com | Alexa | Google Home | WTOP App | 103.5 FM

Federal safety officials said Wednesday they stepping up enforcement against unruly airline passengers after confrontations on flights to and from Washington, D.C., around the time of the riot at the U.S. Capitol by supporters of President Donald Trump.

The Federal Aviation Administration said there has been “a disturbing increase in incidents where airline passengers have disrupted flights with threatening or violent behavior. These incidents have stemmed both from passengers’ refusals to wear masks and from recent violence at the U.S. Capitol.”

The FAA said under an order signed by Administrator Stephen Dickson, unruly passengers will no longer get warnings. Instead, the agency said, it will launch legal enforcement actions. Penalties can includes fines up to $35,000 and jail terms for passengers who assault or threaten airline crews or other passengers.

The new policy will be in effect through March 30. It won quick praise from the head of the largest U.S. flight attendants’ union.

“First strike and you’re out. We applaud FAA Administrator Dickson for taking this clear stand for our safety and security,” Sara Nelson, president of the Association of Flight Attendants, said in a statement. “This will help serve as a deterrent to unruly passengers who had been bucking the rules of aviation safety.”

The FAA said it has pursued more than 1,300 enforcement actions against passengers in the past 10 years. It did not immediately provide a count of recent cases.

Videos of several recent incidents have been shared widely on social media, some showing people who were removed from planes for refusing to wear masks. The FAA has resisted calls for a federal mask rule, but all leading U.S. airlines require passengers to wear them with exceptions generally made only for children under 2.

Some lawmakers and airline union officials have demanded that people who took part in the riot at the Capitol be placed on the federal no-fly list. The FAA said it does not have authority over that list but works with law enforcement agencies on security threats. 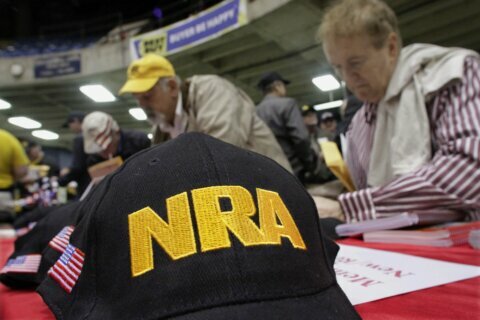 NRA fights for its future in Texas, New York courts