In the 4-3 ruling, the court’s three liberal justices were joined by conservative swing Justice Brian Hagedorn who said three of Trump’s four claims were filed too late and the other was without merit. The ruling ends Trump’s legal challenges in state court.

The president sought to have more than 221,000 ballots disqualified in Dane and Milwaukee counties, the state’s two most heavily Democratic counties. Those were the only counties where Trump sought a recount, even though he lost statewide by just short of 21,000 votes, a margin of about 0.6%. Hagedorn said the Trump campaign was “not entitled to the relief it seeks.”

Hagedorn used a sports analogy when ruling against Trump, saying he should not have waited until his election loss was announced to raise his complaints.

“Our laws allow the challenge flag to be thrown regarding various aspects of election administration,” Hagedorn wrote. “The challenges raised by the Campaign in this case, however, come long after the last play or even the last game; the Campaign is challenging the rulebook adopted before the season began.”

The court ruled that Trump’s challenge to voters who were indefinitely confined was without merit and that the other claims came too late.

The three dissenting conservative justices, led by Chief Justice Patience Roggensack, said the court should have decided whether votes should have counted in each of the four categories, and clarified the law for future elections.

“A significant portion of the public does not believe that the November 3, 2020, presidential election was fairly conducted,” Roggensack wrote. “Once again, four justices on this court cannot be bothered with addressing what the statutes require to assure that absentee ballots are lawfully cast.”

Liberal justices Rebecca Dallet and Jill Karofsky, who sided with Hagedorn, wrote separately to emphasize that there was no evidence of fraud in Wisconsin’s election.

“Wisconsin voters complied with the election rulebook,” Dallet and Karofksy said. “No penalties were committed and the final score was the result of a free and fair election.”

Democratic Attorney General Josh Kaul called the ruling “a repudiation of a sordid attempt to steal the authority to award our electoral votes away from the people of Wisconsin. The will of the people has prevailed.”

An hour after the ruling was released, the state’s 10 electors for Biden met in Democratic Gov. Tony Evers’ conference room in the state Capitol. Evers said “we made it,” after they cast their votes for Biden.

Still, Wisconsin’s Republican electors also met Monday and cast their votes for Trump at the president’s request. Their longshot plan was to send their votes to Congress in the hopes that another court could award the state to Trump before the Electoral College votes are counted on Jan. 6. State GOP Chairman Andrew Hitt said that while other lawsuits were pending, the electors met to “preserve our role in the electoral process.”

There are two cases pending in federal court.

On Saturday, former Trump campaign attorney Sidney Powell asked the U.S. Supreme Court to hear a federal case she lost in Wisconsin seeking to order the GOP-controlled Legislature to declare Trump the winner. Powell has also lost similar cases in Georgia and Arizona.

Also on Saturday, a federal judge dismissed another Trump lawsuit seeking to overturn his loss in Wisconsin. Trump appealed that ruling.

Trump and his allies have suffered dozens of defeats in Wisconsin and across the country in lawsuits that rely on unsubstantiated claims of widespread fraud and election abuse. On Friday, the U.S. Supreme Court rejected a Texas lawsuit that sought to invalidate Biden’s win by throwing out millions of votes in four battleground states, including Wisconsin. 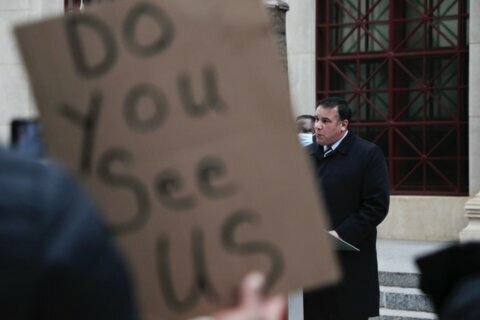