WICHITA, Kan. (AP) — Attorneys for the family of a Kansas man killed by police responding to a hoax emergency call are using the case to try to hold the city of Wichita accountable for what they call a troubled history of police shootings.

In the six years leading up to the December 2017 shootin g of 28-year-old Andrew Finch, Wichita police shot at citizens 21 times — resulting in the deaths of a dozen people, many of whom posed no threat, according to a brief filed Friday at the 10th Circuit Court of Appeals. The brief comes amid calls around the U.S. for changes in policing that have followed the death of George Floyd in Minneapolis after a white officer there kneeled on the Black man’s neck for several minutes.

“Given the significance of this historic moment as it relates to police reform in America, the impact of the judicially-created qualified immunity doctrine and the immeasurable loss suffered by Andy Finch’s two young children, it was important for us to file this brief with the Tenth Circuit to advance justice for the Finch family and families across America brutalized by unjustified police violence,” family attorney Andrew M. Stroth said in an emailed statement.

Wichita City Attorney Jennifer Magana declined comment, citing the pending litigation. In court filings, the city has defended the actions of its officers in shootings and its internal investigations of them.

Finch was unarmed when he inadvertently became the victim of a dispute involving two people playing video games online. His death drew national attention to “swatting,” in which someone reports a false emergency to get police to descend on an address. In this case, the address used was old, leading police to Finch, who was not involved in the video game or the gamers’ dispute. Finch was white, as is the officer who shot him, Justin Rapp.

U.S. District Judge John W. Broomes ruled in June that the Finch family’s lawsuit could move forward against Rapp, writing: “A reasonable officer would have known that using deadly force when Finch displayed no weapon and made no overtly threatening movement was unlawful,” But Broomes rejected arguments from Finch’s family that the city and the supervising officer should also liable.

Both sides are now appealing.

Rapp’s attorneys argue that he is entitled to qualified immunity because he reasonably believed Finch presented an imminent threat to police.

The family’s attorney’s cite Wichita Police Department’s history of shootings in seeking to have the suit reinstated against them.

The civil rights lawyers wrote that they reconstructed from department records and court filings 18 of the 21 shootings, saying that even that limited documentation paints a “damning portrait” of the way Wichita officers use force and the way the city investigates.

With few exceptions, administrative investigations did not interview the shooting officer, let alone anyone else, the filing says. In not one of those shootings was any meaningful form of discipline imposed, the attorneys wrote. None of the officers were criminally charged.

“The result is a department without safeguards and a culture of impunity that fails to deter — that in fact encourages — shootings like the one that killed Andrew Finch,” the lawyers argued in their filing.

Police went to Finch’s home after Tyler R. Barriss, a Los Angeles gamer with an online reputation for “swatting,” called police from Los Angeles on Dec. 28, 2017, to falsely report a shooting and kidnapping at a Wichita address. Barriss mistakenly believed the address belonged to a gamer who was involved in a dispute over a $1.50 bet on the online game Call of Duty: WWII. Finch was shot after opening his door to see what was going on outside.

4 children among 5 killed in fire at suburban Chicago home 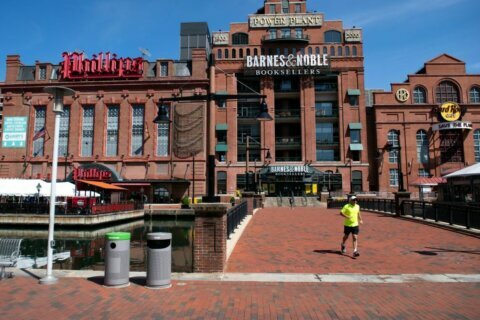 Group to no longer fund aerial surveillance over cities