DENVER (AP) — Federal prosecutors said Wednesday they will not seek the death penalty against a man accused of killing three people and injuring nine others at a Planned Parenthood clinic in Colorado in 2015.

U.S. Attorney Jason Dunn submitted a one-sentence notice of the decision concerning Robert Dear that did not include any explanation of the reasons for it.

The move comes about a year after Dear was charged in federal court after his prosecution in state court stalled. He had been repeatedly deemed incompetent to stand trial. Dear, however, has insisted he is competent.

During his initial appearance in federal court a year ago, he interrupted the proceedings to criticize evaluations at the state mental hospital in Pueblo, insisting the process is unnecessary and complaining that it was not videotaped. In a previous outbursts in state court, he has said he was guilty and called himself a “warrior for the babies.”

Last month, a judge ordered Dear to undergo a federal competency examination once his lawyers and prosecutors worked out the details of where it would take place.

Dear is facing 68 counts in the federal case, including use of a firearm during a crime resulting in death and violating a law ensuring access to clinic entrances.

Killed in the shooting were Garrett Swasey, a University of Colorado Colorado Springs campus police officer who rushed to the clinic to help, and Ke’Arre Stewart, 29, and Jennifer Markovsky, 35, who were accompanying friends to the clinic separately.

The death penalty has usually been taken off the table in cases in which mental illness is a factor, such as in the Unabomber case, said Robert Dunham, executive director of the Death Penalty Information Center. He thinks the decision by Dunn’s office indicates they believe Dear is severely mentally ill.

Prosecutors who are not seeking to pursue the death penalty for political reasons need to consider whether they are likely to succeed in convincing a jury to impose the death penalty in expensive and complicated death penalty cases prone to appeals, he said. That’s especially true in Colorado, where juries have shown a willingness to impose life sentences instead of the death penalty in capital cases where mental health is an issue, such as the Aurora theater shooting case, Dunham said.

The Justice Department has carried out eight death sentences since July, putting to death more people than during the previous half-century, despite waning public support from both Democrats and Republicans for its use.

Five other executions have been scheduled before President-elect Joe Biden takes office on Jan. 20, including just days before the inauguration. A spokesperson for Biden told The Associated Press the president-elect “opposes the death penalty now and in the future” and would work to end its use. But he did not say whether executions would be paused immediately once Biden takes office.

The Justice Department has continued to approve of federal prosecutors seeking the death penalty, most recently earlier this month for a 24-year-old leader of the MS-13 street gang in New York who prosecutors have said is responsible for at least seven killings on Long Island. 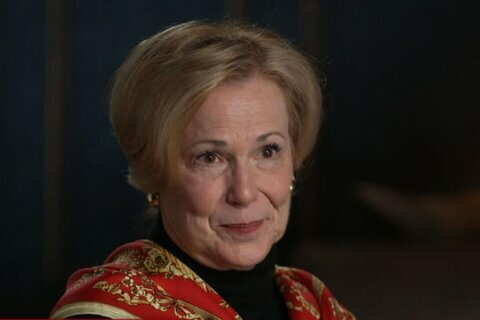 1 winner of Mega Millions $1B prize; 3rd largest ever in US