US experts debate: Who should be next in line for vaccine?

NEW YORK (AP) — Deciding that health care workers and nursing home residents should be first in line for the initial, limited supplies of COVID-19 shots wasn’t that hard a call. Now U.S. health officials have to determine who should be next.

How high a priority, for example, should senior citizens, teachers, transit workers and supermarket employees get in the next few months as more vaccine becomes available?

A federal panel of vaccination experts takes up that question at an emergency meeting this weekend. Its guidance is not binding, and no matter what it decides, there will be differences from state to state.

The panel members are leaning toward putting “essential workers” next up because people like bus drivers, grocery store clerks and others who perform vital jobs that can’t be done from home are the ones getting infected most often. That is also where concerns about racial inequities in the crisis are most apparent. Many essential workers are Black and Hispanic.

But other experts say people 65 and older should be next, along with people with certain medical conditions. Those are the ones who are dying at the highest rates, they say.

The panel is scheduled to vote on the proposal Sunday.

“I think we know this isn’t going to be perfect. We don’t have vaccine for everyone right away, so we’re going to have to make difficult decisions,” said Claire Hannan, executive director of an organization that represents managers of state vaccination programs.

If essential workers are indeed next up, states already have different ideas about who among them should be closer to the front of the line.

In Nevada, for example, teachers and child care staff will be ahead of public transportation workers, according to the state’s current plan. Then come agriculture and food workers, and then retail and utility employees.

In South Dakota, teachers could get access before those working in food and transportation. In Arkansas, the essential workers list includes teachers, prison guards, police officers, meatpacking plant workers and mayors.

The advice of the expert panel — the Advisory Committee on Immunization Practices — is almost always endorsed by the U.S. Centers for Disease Control and Prevention. That’s what happened earlier this month, when the group said top priority should be given to health care workers and residents of long-term care homes for the 20 million initial vaccinations this month.

But it’s not clear things will go the same way in the next phase. CDC Director Dr. Robert Redfield has said he believes priority should be given to people 70 and older who live with children or grandchildren.

The advisory panel’s chairman, Dr. Jose Romero, told The Associated Press he was aware of Redfield’s comments but had not spoken directly with him about it.

Redfield declined to say if he would prioritize senior citizens over essential workers even if the panel recommended the reverse. “I look forward to listening to the advisory group’s discussion, and to receiving its recommendation for consideration,” he said in an email to the AP.

Most states followed the panel’s recommendation that health care workers and nursing home residents get the very first doses. But there have been a few exceptions.

Utah said long-term care residents should be in line behind health care workers, instead of sharing the front with them. Massachusetts included prisoners and homeless people in the first tier. Nevada, New Hampshire and Wyoming did the same for police officers.

State-to-state variations are likely to increase in the next-priority groups, said the Kaiser Family Foundation’s Jennifer Kates, who has been analyzing state vaccination plans.

“I think we’re going to see states falling out in different ways,” with some putting older people ahead of essential workers, Kates said.

Things could get messy. For example, some experts said that if one state prioritizes certain essential workers and a neighboring state decides to give primacy to seniors, people might try crossing state lines in hopes of getting vaccinated.

“That’s one of the issues of not having a fully national plan of immunization,” said Romero, who also is the head of the Arkansas state health department.

The proposal before the advisory committee relies on a broad definition of essential workers set in August by the U.S. Department of Homeland Security. It counts hundreds of different jobs as part of the critical infrastructure workforce, including first responders, teachers, communications technicians, weather forecasters, sewage treatment plant employees and people who work in animal shelters.

According to estimates presented to the advisory committee, as many as 87 million people not working in health care can be counted as essential employees.

The nation has more than 53 million senior citizens. The CDC also counts more than 100 million Americans as having underlying medical conditions that put them at higher risk for severe COVID-related illness, though there is overlap between the two groups.

Trade associations and worker groups have been sending emails and other communications to the committee, arguing that they should be given priority.

Julie Russell, representing the Coronado Unified School District in California, urged that teachers and other school workers be prioritized. “We ask that you recognize the importance of the safety of our staff and how many young lives each of us touch,” she said at a meeting last weekend of the panel.

Dr. Charles Lee of the American College of Correctional Physicians pushed for those who work in jails and prisons, plus inmates.

Romero said the committee is likely to discuss ways to help states narrow down which essential workers should go first. For example, people who are considered essential but can work from home might be placed further down the list than those who can’t stay 6 feet away from others while on the job.

What about the staff of the Atlanta-based CDC? In a memo to employees that was obtained by the AP, Redfield said the agency will not get a direct allotment of vaccine. However, Georgia’s plan allows for certain public health and lab workers to be in the state’s highest priority group. Some CDC staff also work at hospitals and clinics, and may be prioritized with staff at those places.

“The bottom line is we just need to get as many people vaccinated as quickly as we can,” he said.

AP writers Candice Choi and Jason Dearen in New York City and Jonathan Poet in Philadelphia contributed to this report. 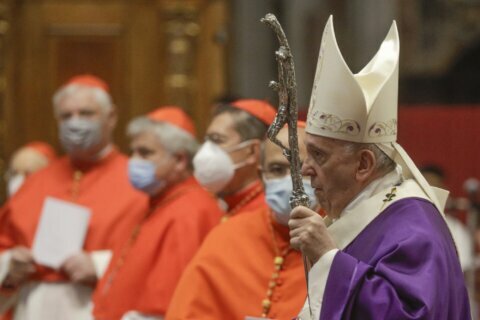 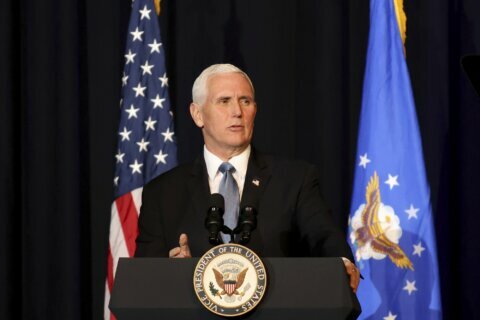