SALEM, Ore. (AP) — A man supported the Islamic State group for years from a Portland, Oregon, suburb by helping the extremists maintain an online presence that encouraged attacks and sought recruits, federal agents and prosecutors said.

Hawazen Sameer Mothafar, who was arrested in November and whose trial is scheduled to begin in January, produced and disseminated propaganda and recruiting material through social media platforms, according to a grand jury indictment.

Mothafar pleaded not guilty to charges of providing material support to a designated terrorist organization and conspiring to provide that support. Mark Ahlemeyer, his federal public defender, declined to comment.

The case underscores the group’s focus on an online presence, often referred to by experts as a “digital caliphate.” By late 2017, the Islamic State had lost most of the territory it seized in Iraq and Syria, and its self-declared caliphate along with it. The group continues to carry out and inspire attacks.

Law enforcement’s attempts to take down Islamic State’s online presence often resemble a game of whack-a-mole. A year ago, European law enforcement officials removed accounts and information linked to the Amaq agency, which spreads propaganda and news for the group. But as recently as last month, Amaq carried a statement in which Islamic State claimed responsibility for a shooting rampage in Vienna that killed four people.

“While the Islamic State has lost swaths of territory, it has survived, is conducting significant numbers of attacks, and is leveraging the digital caliphate to promote its narrative,” Maxwell Markusen of the Center for Strategic and International Studies wrote in November 2018.

Mothafar, who lived in the Portland suburb of Troutdale, is accused of editing and producing material al Anfal, a newspaper that “advocates violent jihad” and receives its orders from Islamic State’s central media office, known as Diwan, the indictment says.

It also said Mothafar had been working on behalf of the group since at least early 2015 until his arrest in November.

Jordan Reimer, a counterterrorism expert with Rand Corp., said the arrest does not seem to represent a major blow to the group, but anyone helping create and spread its propaganda plays an important role.

“ISIS propaganda is a huge component of what they do,” said Reimer, a former intelligence analyst for the New York City Police Department.

Reimer said it is rare for someone in the United States to be as deeply and directly involved directly in Islamic State online activities as Mothafar is alleged to have been.

Around 40% of the 221 people who have been charged in the U.S. as of November with Islamic State-related crimes were accused of traveling or attempting to travel abroad. One-third were accused of plotting domestic terror attacks, according to George Washington University’s Program on Extremism.

“To be part of the actual formal pro-ISIS or ISIS-affiliated publications, to be working on that in a formal capacity in America is unique. That I had not seen before,” Reimer said.

In 2016, he opened a Facebook account for a senior Islamic State official who is currently in custody in Iraq, the indictment says, adding that Mothafar also distributed online articles that described how to kill and maim with a knife and that encouraged attacks,

Loren “Renn” Cannon, the FBI’s special agent in charge of the Portland division, said extremist groups of all stripes are increasingly using online tools to spread their message of violence and in direct actions by intimidation, hacking and harassing people.

“The digital component is incredibly important these days,” Cannon said. “I think it’s important for people to understand that those extremists that are advocating violence utilize the Internet and social media — those are today’s tools to try to get ideas across.”

He declined to comment about the Mothafar case, though in announcing the arrest, he called Mothafar “a leading figure in the Islamic State’s media network.”

The trial is scheduled to start on Jan. 5 in Portland. But Ahlemeyer has asked the judge for a 90-day postponement to further scrutinize the case.

Authorities decided not to jail Mothafar, who has physical disabilities and uses a wheelchair, because he is considered a low flight risk, especially amid coronavirus travel restrictions.

The conditions of his release include limited travel and the use of electronic devices. 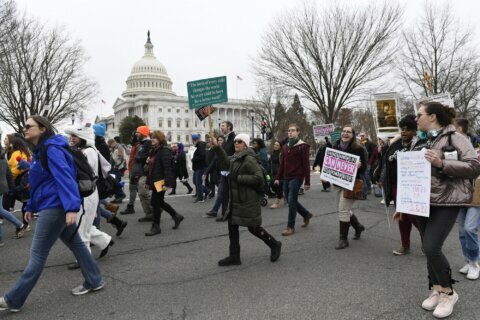