No charges in fatal shooting during George Floyd unrest

MINNEAPOLIS (AP) — No charges will be filed against a pawn shop owner in the fatal shooting of another man…
Listen now to WTOP News WTOP.com | Alexa | Google Home | WTOP App | 103.5 FM

MINNEAPOLIS (AP) — No charges will be filed against a pawn shop owner in the fatal shooting of another man during unrest that followed the death of George Floyd because witnesses were scarce and evidence at the scene was destroyed, prosecutors said Monday.

Calvin Horton Jr., 43, was found shot outside Cadillac Pawn & Jewelry on May 27, two days after Floyd’s death sparked protests and unrest in Minneapolis and other cities. Horton died that night at a hospital.

Authorities arrested the pawn shop owner but he was released without charges. Prosecutors said Monday that after a six-month investigation, they don’t have enough evidence to prove that the shooting wasn’t self-defense.

Freeman’s office said police responded to the pawn shop at dusk to find Horton on the sidewalk. Officers began trying to help him, but they were physically and verbally assaulted, so they moved him to a nearby business. Prosecutors said paramedics arrived to a chaotic scene and couldn’t reach Horton, so police carried him to an ambulance.

Officers arrested the pawn shop owner but left before processing the scene because they were being threatened, prosecutors said. As a result, police never recovered a firearm. And by the time police returned the next morning, the pawn shop had been ransacked. Prosecutors said everything in the shop was gone, including security cameras and equipment that would have recorded the shooting.

Police interviewed one witness who said Horton was with a group of people that entered the store and that at least one group member — but not Horton — had a handgun. The witness said Horton was within 7 feet (2 meters) of the store owner when the shot was fired. The Hennepin County Medical Examiner found Horton was likely turned sideways when he was shot.

No other surveillance video was found. A review of police body camera footage revealed two other witnesses, including a close friend of Horton’s who refused to cooperate or identify the second witness, prosecutors said. The pawn shop owner also declined to speak with investigators and no other witnesses came forward.

Floyd, a Black man in handcuffs, died May 25 after Derek Chauvin, a former Minneapolis police officer who is white, pressed his knee against Floyd’s neck for several minutes even after he said he couldn’t breathe. Floyd’s death sparked protests in Minneapolis and beyond, and led to a nationwide reckoning on race.

Chauvin and three other officers were fired. They are scheduled to stand trial in March, although Chauvin’s attorney filed documents Monday asking that the trial be postponed. 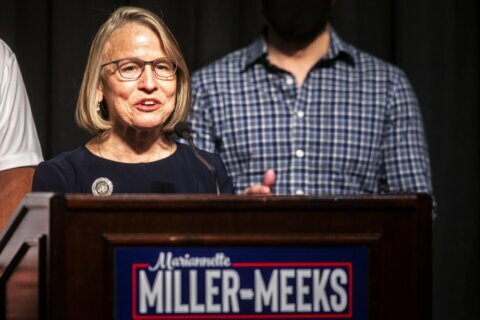